﻿#AceNewsReport – Oct.07: Prime Minister Boris Johnson said on Monday he wanted a U.S. diplomat’s wife who was involved in a fatal car crash to return to Britain and it was wrong that she had used diplomatic immunity to leave the country: “I hope that Anne Sacoolas will come back and will engage properly with the processes of law as they are carried out in this country,” Johnson said in a television interview, adding the issue was being raised with the U.S. ambassador in London………………“If we can’t resolve it, then of course I will be raising it myself personally with the White House.” Reuters reported.

Harry Dunn: PM calls for return of US diplomat’s wife to UK 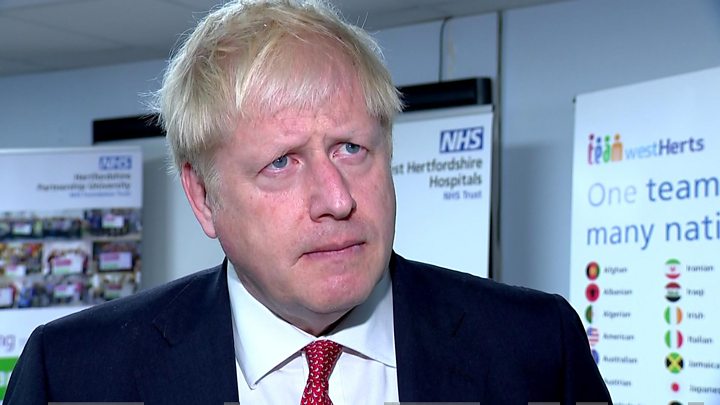 Boris Johnson responds to the US diplomatic immunity row

Prime Minister Boris Johnson says he is prepared to intervene over the return of an American diplomat’s wife who left the UK despite being a suspect in a fatal crash inquiry.

Anne Sacoolas is a suspect in inquiries into the death of motorcyclist Harry Dunn in Northamptonshire on 27 August: The US State Department said diplomatic immunity was “rarely waived”………….Mr Johnson plans to raise the case with the US ambassador and, if needed, was prepared to speak with the White House.

Under the 1961 Vienna Convention, diplomats and their family members are immune from prosecution in their host country, as long as they are not nationals of that country. However, their immunity can be waived by the state that has sent them. 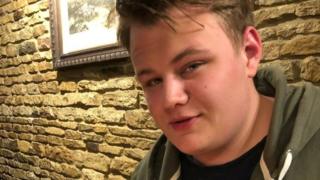 Family PhotoHarry Dunn, from Charlton, Banbury, died in hospital after his motorbike was in a crash with a Volvo

Speaking during a visit to a hospital in Watford, the Prime Minister said: “I think everybody’s sympathies are very much with the family of Harry Dunn and our condolences to them for their tragic loss………”I must answer you directly, I do not think that it can be right to use the process of diplomatic immunity for this type of purpose…………”And I hope that Anne Sacoolas will come back and will engage properly with the processes of law as they are carried out in this country………..”That’s a point that we’ve raised or are raising today with the American ambassador here in the UK and I hope it will be resolved very shortly…………..”And to anticipate a question you might want to raise, if we can’t resolve it then of course I will be raising it myself personally with the White House.” 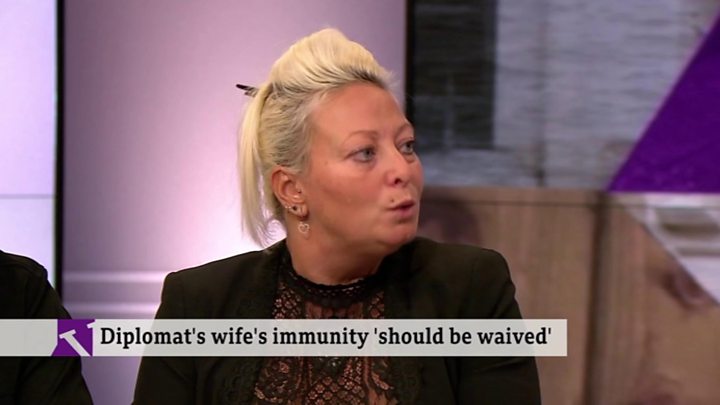 Both Northamptonshire’s chief constable and police and crime commissioner have already urged the Americans to waive Ms Sacoolas’s diplomatic immunity: Chief constable Nick Adderley said that “based on CCTV evidence”, officers knew that “a vehicle alighted from the RAF base at Croughton” and was “on the wrong side of the road”.

UK Foreign Secretary Dominic Raab has also urged the US Embassy to reconsider: