#AceNewsReport – Oct.13: Seven people are dead after a World War II-era B-17 bombercrashed into an airport de-icing facility while trying to land at Bradley International Airport in Connecticut, officials said: The seven were on the plane, James Rovella, commissioner of the Department of Emergency Services and Public Protection, said at a news conference Wednesday evening.

Six people on the plane survived. Rovella said he couldn’t give names of the victims because not every family has been notified: Thirteen people — 10 passengers and three crew members — were on board when the vintage Boeing B-17 Flying Fortress crashed at the end of a runway, authorities said. One person on the ground was injured, Rovella said……………….Two firefighters were on board the plane, Simsbury Volunteer Fire Company Deputy Chief Kevin Kowalski said earlier. Kowalski would not provide names of the firefighters nor details on their conditions…………..The aircraft is civilian-registered and was not flown by the military at the time of the crash, the Federal Aviation Administration said.

Pilot asked to return to the airport, audio indicates: 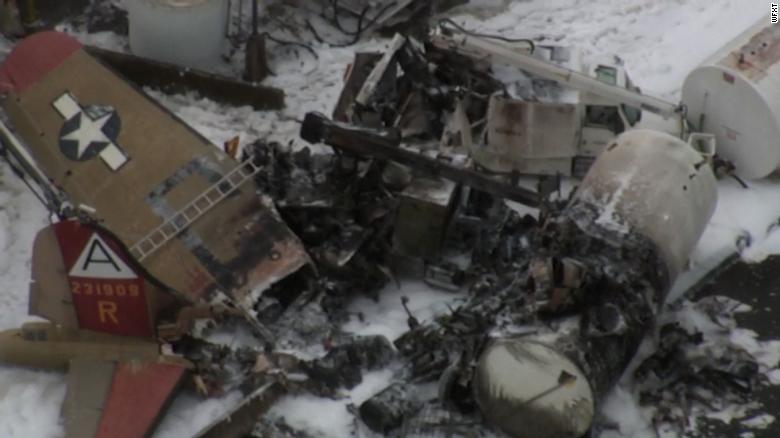 The B-17 waited a few minutes for turbulence from a prior aircraft to clear before it was cleared for takeoff, according to FAA air traffic control audio recorded by the website LiveATC.net/

But shortly after takeoff, the pilot told air traffic control: “N93012 would like to return to the field.”……..”What is the reason for coming back?” the controller asked…………..”You got No. 4 engine. We’d like to return, and blow it out,” another pilot in the aircraft said…………A pilot said he needed to land immediately, and the control tower diverted other jets that were about to land, the recording indicates airport’s Twitter.