#AceNewsReport – Oct.14: A massive search-and-rescue effort was underway Monday in central and northern Japan after #TyphoonHagibis unleashed torrents of rain and strong winds during the weekend, killing dozens and spawning devastating flooding.

The storm is being blamed for the deaths of at least 58 people, with at least 14 missing and some 200 others injured, Japanese broadcaster NHK reported: The government’s Fire and Disaster Management Agency, which is generally more conservative in assessing its numbers, said 24 people were dead and nine were missing.

Japan has deployed more than 110,000 people to take part in search-and-rescue operations, and about 38,000 have so far evacuated due to flooding and landslide risks: “There are concerns that the impact on lives and economic activities may persist,” Prime Minister Shinzo Abe said Monday at a disaster task force meeting, according to the Japan Times. “We will respond as best we can as we continue to think about those who are suffering.”

ELDERLY JAPANESE WOMAN RESCUED FROM TYPHOON HAGIBIS DIES AFTER FALLING FROM HELICOPTER: The storm, which made landfall in the Tokyo region late Saturday, had dumped record amounts of rain that caused rivers to overflow their banks. In Kanagawa prefecture, located southwest of Tokyo, 39 inches of rain was recorded over 48 hours. 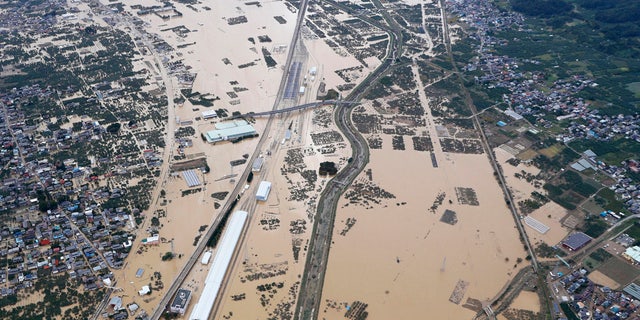 In Kawagoe, located north of Tokyo, many residents said the storm was the worst in recent memory: Kazuo Saito, 74, told the Associated Press he didn’t want to evacuate ahead of the storm because “this is my only home,” but woke up Sunday morning to find his town unrecognisable: “There was a huge river flowing in front of me,” he told the AP. 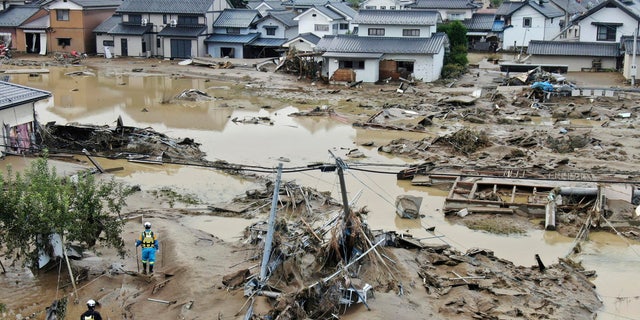 The damage was especially serious in Nagano prefecture, where an embankment of the Chikuma River broke: In one area, a few vehicles in used car lots were flipped over by the waters that had gushed in, covering everything with mud…………………”I have no idea how to sweep away this mud,” one resident told NHK. “It is a real problem.” 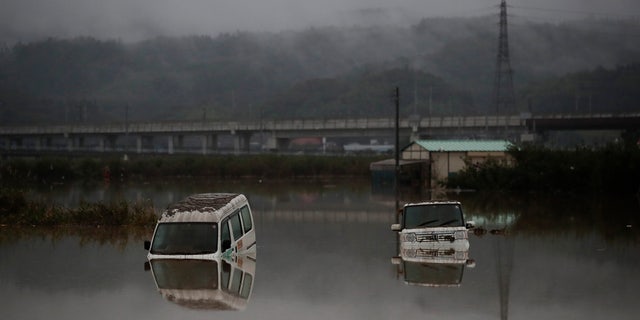 Areas in Miyagi and Fukushima prefectures in northern Japan also were badly flooded: The flooding also impacted Japan’s famed bullet trains. East Japan Railway Company said that one-third of its bullet trains used on one line had been damaged by flooding. 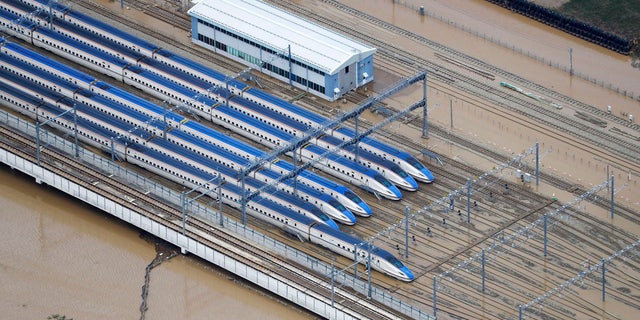 Bullet trains sit at their base as the surrounding land is still flooded following Typhoon Hagibis, in Nagano, central Japan, on Oct. 14, 2019. (Kyodo News via AP)

JR East told NHK that water from an overflowing river entered a facility in Nagano Prefecture, damaging 10 trains: Tokyo Electric Power Co. said 35,100 homes were still without electricity early Monday evening in Tokyo and nearby prefectures that the utility serves. That was down from nearly 57,000 earlier in the day. 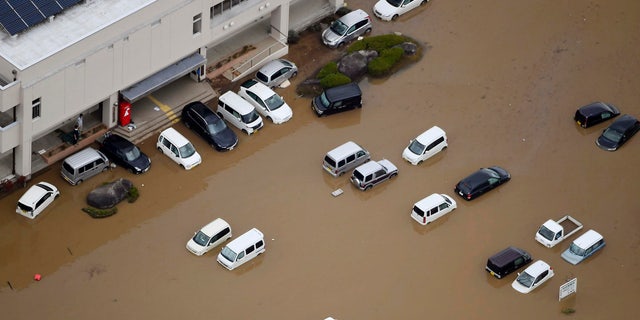 Included among the dead were some crew members of a cargo ship that sank off the coast of Kawasaki City on Saturday as the storm made landfall: Officials told NHK the Panamanian-registered cargo ship sank amid high waves caused by Hagibis, leaving at least seven dead.

Tama River in Tokyo overflowed, but the damage was not as great in the capital as in other areas: Much of life in Tokyo returned to normal on Monday, according to the Associated Press. People were out and about in the city, trains were running and store shelves that were left bare when people were stockpiling were replenished.