#AceFinanceReport – Oct.19: The result fell just short of expectations for 6.1% growth for the period: The slowdown comes despite government efforts to support the economy, including measures such as tax cuts: The latest figures mark a further loss of momentum in the world’s second largest economy, which had already seen growth languishing at its slowest pace in around three decades: The rate remained within the government’s target range for annual growth of between 6% and 6.5%……………The strength of the Chinese economy is closely watched as slowing growth can have far-reaching consequences for the global economy………..The country has become a key engine of growth in recent decades. Its healthy demand for a range of products, from commodities to machinery, has supported growth around the world…………….Some analysts worry that a sharp slowdown in China could hurt an already sluggish world economy and increase the risk of a recession. 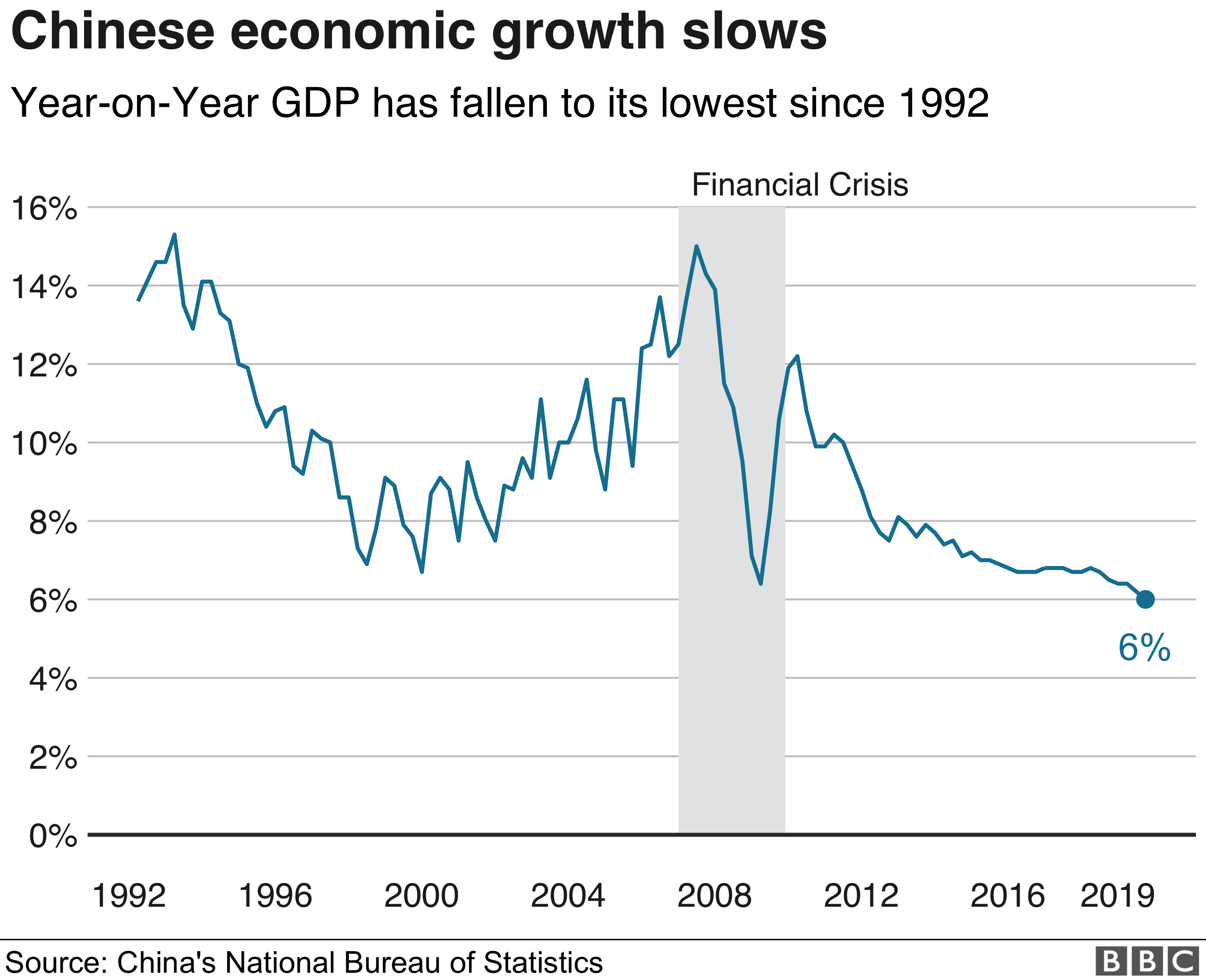 Julian Evans-Pritchard, senior China economist at Capital Economics, said pressure on the Chinese economy “should intensify in the coming months” ……………He said more intervention by policymakers to support the economy was likely “but it will take time for this to put a floor beneath economic growth”.

What challenges does China face? China has been fighting a trade war with the US for the past year, which has created uncertainty for businesses and consumers: At the same time, it faces domestic challenges including a swine fever outbreak that has fuelled inflation and hit consumer spending. 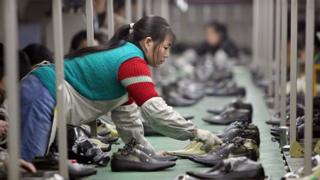 Getty ImagesChina accounted for 16% of global gross domestic product in 2018, according to the McKinsey Global Institute

This week the International Monetary Fund trimmed its 2019 growth forecast for China to 6.1% from 6.2% due to the long-running trade dispute and slowing domestic demand: But there have been some signs of progress toward resolving the trade battle, with the US and China reaching a “phase one deal” earlier this month US postpones next tariff hike after China trade talks …………..The government has sought to help the economy through tax cuts and by taking measures to boost liquidity in the financial system…………….Still, some analysts say the government has become more cautious in providing stimulus amid growing concerns about China’s rising debt pile.

Any analysis of China’s economic data has to come with a caveat: Many economists believe the actual figures are much lower than what we are told, but it’s the trajectory of growth and signalling from the government that you should pay attention to………….The fact that the growth figures have come in below market expectations indicate that China’s economy is hurting more than many thought……….There were signs from China that these numbers were going to be worrying. Earlier this week, Premier Li Keqiang made the unusual move to warn local officials that they must do “everything” to make sure they hit growth targets for this year.

China’s economy is being hit on three fronts: The US-led trade war, slowing demand at home and rising domestic challenges including the outbreak of swine fever that has dealt a huge blow to its pork farmers. It’s also pushed up prices for consumers: China’s slowdown is nothing new. But these challenges pose new headaches for policymakers who are trying to manage the slowdown. The country’s political stability depends on economic security – and over the last forty years, that’s what the Communist Party has delivered. They’re under pressure to keep that contract.