#AceNewsReport – Oct.21: North Macedonia’s Prime Minister Zoran Zaev has called snap elections following a decision by EU leaders to postpone opening membership talks with his country and neighbouring Albania: French President Emanuel Macron blocked the bid at an EU summit in Brussels…………..”We are the victims of the EU’s historical mistake,” said Mr Zaev……………European Commission President Jean-Claude Juncker – and other European leaders – have used the same phrase to voice criticism of the summit outcome………..EU Council President Donald Tusk said: “It’s not a failure, it’s a mistake. I feel really embarrassed.”…………..The Commission and the European Parliament had recommended starting talks with both countries.

Mr Zaev had announced his intention to resign after EU foreign ministers failed to endorse the recommendation to start talks with North Macedonia and Albania and referred the matter to the leaders’ summit………..”I am disappointed and angry and I know that the entire population feels this way,” Mr Zaev said on Saturday, announcing the snap election. 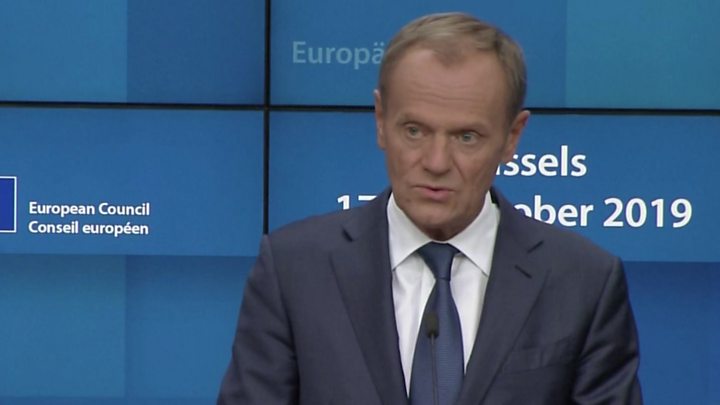 Donald Tusk lashes out at EU leaders: “Personally I think it was a mistake.”

He said Macedonians would now “decide the road we are going to take”, without specifying what he would recommend…………………In Albania, Prime Minister Edi Rama has blamed internal EU issues, saying his country had delivered on the conditions set for talks to start.

Why did France oppose the move?

Mr Macron was joined by Denmark and the Netherlands in refusing Albania, but France alone rejected North Macedonia: All EU states must agree before approval is given for membership talks to begin…………….Defending his position, President Macron said the accession process itself had to be reformed and the EU “should do more to help those countries develop, not just make pledges” …….Before starting membership talks, potential new members of the bloc must demonstrate a range of reforms in areas such as economic policy, human rights, anti-corruption measures and the rule of law. ……….The European Commission said in May that Albania and North Macedonia had both made sufficient progress………………….Both countries have official “candidate” status in their EU membership bids. 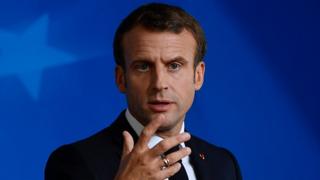 German Chancellor Angela Merkel said there was “disappointment” over the summit decision but the matter would be revisited before a summit on the Western Balkans early next year: Mrs Merkel championed North Macedonia’s cause earlier this year when it agreed to change its name from Macedonia to settle a row with Greece. 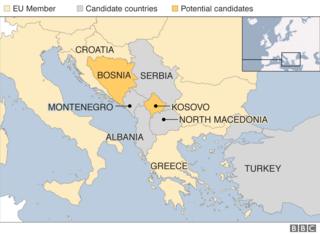 The integration of Balkan countries into the EU is seen by many as a tool for stabilisation, in a region that was convulsed by conflict in the 1990s.