#AceNewsReport – Oct.30: Twelve men have been discovered hiding inside a refrigerated lorry in a car park near a motorway in Belgium’s Antwerp province, local police say: Police were called to the scene on Tuesday night by the driver who suspected that people had climbed inside his fruit and vegetable lorry………………Eleven Syrians and one Sudanese man were found safe and well, and were handed over to immigration officials.

What happened in Belgium?

The lorry was standing in a car park beside the E34 motorway at Oud-Turnhout: The motorway runs from Zeebrugge to Germany’s North Rhine-Westphalia region. 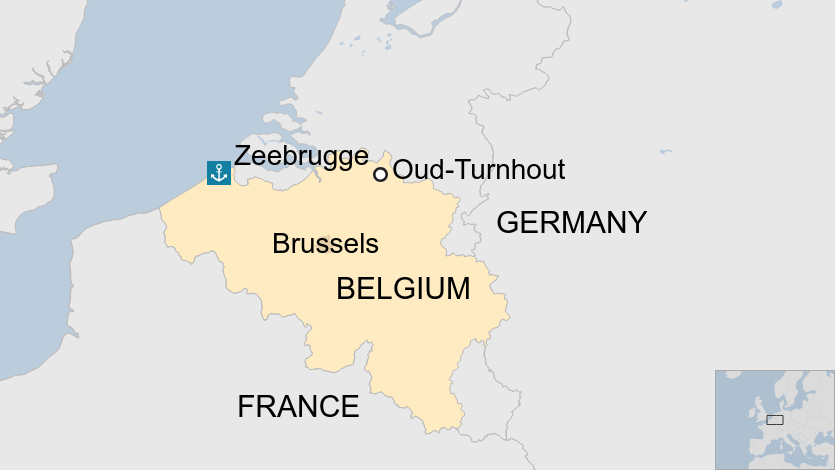 The destination of the lorry was not given: Every year, thousands of migrants attempt to enter the UK illegally via European ferry ports, typically hiding in vehicles.

Refrigerated lorries are often targeted because it is easier to bypass heat scanners that way, a spokeswoman for Belgian transport federation Febetra said it has been calling for safer motorway parking to tackle the problem, Isabelle De Maegt told Belgian broadcaster VRT.