#AceNewsReport – Oct.30: It was fired from Russia’s new Prince Vladimir submarine and was reported to have travelled thousands of kilometres: The submarine is expected to be operational by the end of the year…………….Completed in the early hours of Thursday, the Bulava missile launch – the first of its kind from the Prince Vladimir – was one of many weapons tests expected to take place in the coming weeks…………….The missile successfully travelled from the White Sea in the north-western Arkhangelsk region to the Kura missile test range in Russia’s far east, the defence ministry said in a statement BBC Asia reported. 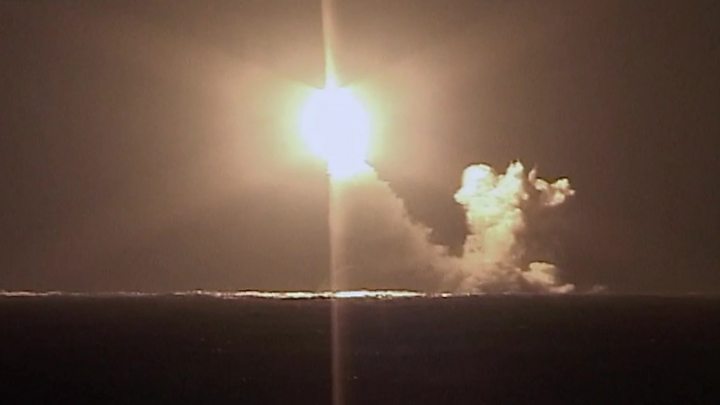 Footage shows a missile launched from a submarine, Russia says

“The flight of the missile took place as normal,” the ministry said, adding that it arrived at the test site on time: The Prince Vladimir submarine is expected to be supplied to the Russian navy in December, the Moscow Times reported.It added that Russia was planning to build 10 similar submarines by 2027.