#AceNewsReport – Nov.06: Lisa Dryzymala, 38, was grabbed by the throat and choked until she could barely breathe after electrician Jonathan Edwards became wrongly convinced she was still seeing her ex-partner: During the assault, Edwards, 42, who worked at the Ministry of Defence, also tried to suffocate the victim by placing his hand over her nose and mouth saying: ‘I swear to God I am going to kill you – you’re not getting out of here alive.’………..She eventually managed to break free and escape her family home in Moston, Manchester, leaving her shoes behind……………….Paranoid Edwards, from Heaton Mersey, Stockport, was arrested after he texted Miss Dryzymala saying he was outside the home of the father of her two children and was vowing to burn it down with her eight-year-old daughter inside. 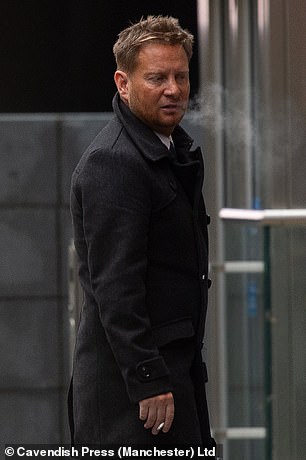 One text message read: ‘When we’re in court you can read out your text messages and I will be f***ing smiling.’

Manchester Magistrates’ Court heard the pair had met through the online dating app in July last year, and saw each other on-off for 11 months: But problems began when jealous Edwards, who is known as ‘Joe’, was invited to attend her daughter’s holy communion only for Miss Dryzymala to sit at the front of the church with the child’s father………The victim, who works as an orthodontic therapist for an NHS trust in Manchester, trust told JPs: ‘When you’re in love you sometimes look through things with rose tinted glasses and it’s not until after you step back that you realise it wasn’t as perfect as you anticipated…………’I thought “our relationship has been great, Joe has been very supportive around the house looking after me”…………’He was very well thought of by my friends and family and came across as a nice guy – but when I look back that may have been all pointing to coercive behaviour……..’He became a bit distant with me after that holy communion and I had suspicions that he was a very jealous person when my youngest daughter had someone for a sleep over……….’He said it was really strange that I should have a child from school come and sleep over when I have never met the dad before. He was asking did I fancy him?

Miss Dryzymala eventually managed to break free and escape her family home in Manchester: ‘Did I want to sleep with him? Was he really fit? I just said I have never clocked eyes on him before. He also used to accuse me that I was sleeping with my ex partner………….’I wasn’t but he would accuse me all the time. I am not a cheat I have never cheated in my life.’

The attack occurred on June 29 this year after Miss Dryzymala agreed to go out on a night out with Edwards whilst her daughter was staying over with her father: She added: ‘The plan was originally he was going to come to my house on the Friday evening but when I rang him he was in a wine bar. I met him in a Wetherspoons and he was drinking double Jack Daniels………..’He seemed to be having fun, laughing. He reminisced about how we met, he couldn’t believe his luck and how ‘I was out of his league’ as he put it……………..’He was looking forward to the future together and talking about a holiday and was helping me do the garden up, painting the fence, digging it up for me……………..’He wanted to build a vegetable patch and he had even bought tomato plants and planted them in the garden………………’We got a black cab home but then I had a text from my ex partner saying I should be at home. Joe said who’s texting you at this time of night and I said: ‘we’re having a row’. Nothing else was said……………….’Back home Joe opened a bottle of red wine but he then saw a torch on top of the fridge and asked where it had come from. My dad had bought it for me for when the dog goes in the garden but he said I was a ‘f***ing liar.’………….’He kept pushing me saying ‘you’re a f***ing liar I know you’re sleeping with your ex’. I said: ‘The only person I am having sex with is you, I don’t want anybody else I only want you’.

The attack occurred on June 29 this year after Miss Dryzymala (pictured) agreed to go out on a night out with Edwards whilst her daughter was staying over with her father: ‘But the next thing was he grabbed me by the throat threw me against the sofa, saying ‘you f***ing liar I better find the truth from you’……..’He then grabbed hold with his right hand and squeezed hard. I couldn’t breathe and I just screamed and tried to fight him off me…….’He kept hold of my throat rammed me against the settee so hard it snapped the legs off the sofa. He then said he was going to kill us all, going to go round to my ex and torch the place……..’I said my daughters in that house and he said: ‘I don’t give a f*** I’ll do it to her as well.’ Saying that about an eight year old child is disgusting. ………………’He left through the conservatory and I ran out in sheer panic after him. I phoned him to ask where he was and he came back like a split personality and was stony faced………..’He said will you pack my stuff had things like underwear, trainers and I ran upstairs threw it into a bag……………..’But when I got downstairs he was knelt down and on his phone and talking through gritted teeth saying: ‘nothing but a liar f***ing bitch. I am going to find out’………..‘He then grabbed me by the throat into the middle of the dining room, smashed my head on the floor still had got his hand over my nose and mouth saying: ‘I swear to f***ing God you’re not getting out here alive, I am going to kill you because you’re a lying bitch’……………..‘He banged my head on the floor and was then strangling me whilst I was trying to fight back. He just kept screaming to me, ‘I swear to god I am going to kill you, you’re not getting out here alive’. 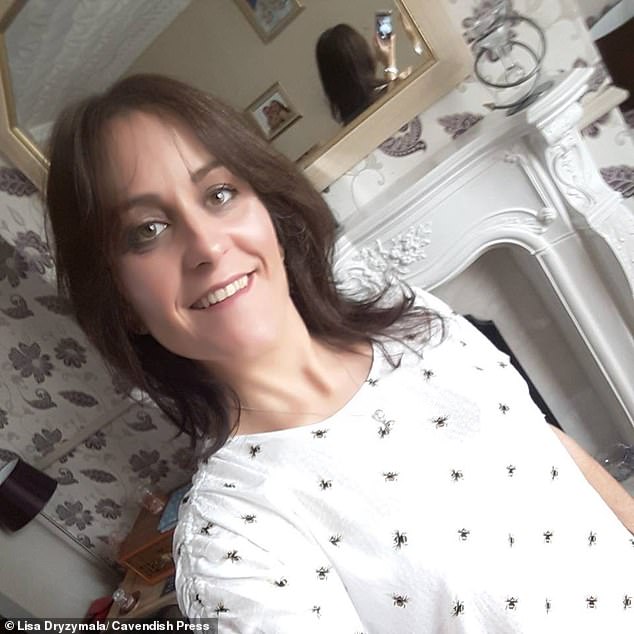 ‘I don’t know how I got from underneath him and got out the house but I did. I unlocked the front door and I just ran as fast as I could no shoes on for my life: ‘By the time I got to the top of the street I just heard smashing glass and that was whatever he decided to smash up in my living room and I ran to my mum and dads round the corner. 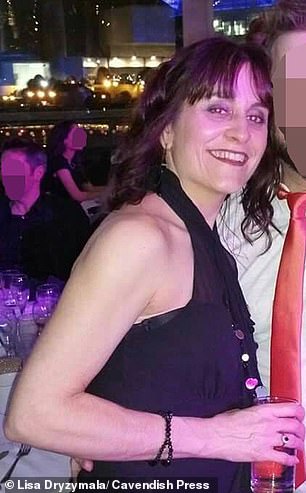 ‘Joe then started texting me saying he was outside my ex’s house and saying he was going to torch the place and I dialled 999. ‘I have never been through anything like that before I was traumatised: ‘I had whiplash injures, really stiff neck whole body was sore from where he has thrown me to the floor. I couldn’t sleep was having flashbacks still have flashbacks now about what could have happened and didn’t. I was on anti depressants to help me sleep – I was a nervous wreck.’

Edwards denied being violent towards Miss Dryzymala: He was convicted of assault by beating and sending a threatening text message but was cleared of criminal damage: He said: ‘It was an argument that got out of hand both parties were extremely inebriated………….’I do admit there was some pushing and shoving and a lot of foul language but I don’t think it would have escalated as much as it did if we had both been sober…………….’I am just sorry because we did have a good relationship – we got on really well, for me it is a sad way to end the relationship.’

Edwards will be sentenced later following the preparation of reports and was remanded on bail.