#AceNewsReport – Nov.11: A man has been charged after fireworks disrupted the two-minute silence at a Remembrance Sunday event: Fireworks exploded above the cenotaph in Eccles, Salford, as hundreds of people stood in silence at 11:00 GMT and listened to the Last Post. 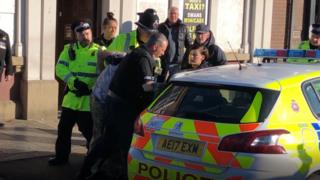 They were set off from a window ledge of a nearby disused pub, angering some people paying tribute at the service: Stuart Potts, 38, is due at Manchester and Salford Magistrates’ Court accused of firing fireworks in a public place: Mr Potts, of Borough Road, Salford is also charged with a public order offence. 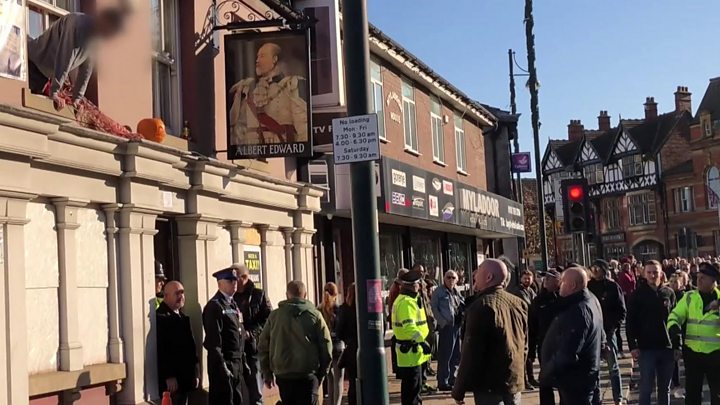 Angry veterans shouted, “Get him out!” before officers took a man away in a police car

Greater Manchester Police said it was called to a disturbance at a pub in Church Street just after 11:05: Angry veterans had tried to break down the pub door and climb up to the window when the fireworks were let off.

No injuries were reported…..