#AceNewsReport – Nov.11: Witnesses reported seeing the attackers fleeing on bicycles after the shooting took place at about 9pm on Saturday: Just moments earlier, a bomb placed under a car was detonated in another part of the city, destroying the vehicle and damaging others, although there were no reports of injuries: Police in Sweden said it could not yet say whether the two incidents were linked and did not identify suspects in either case: Jacob Bjorkander told Swedish newspaper Sydsvenskan that he had been cycling near the pizza restaurant with his two young children the night of the shooting. 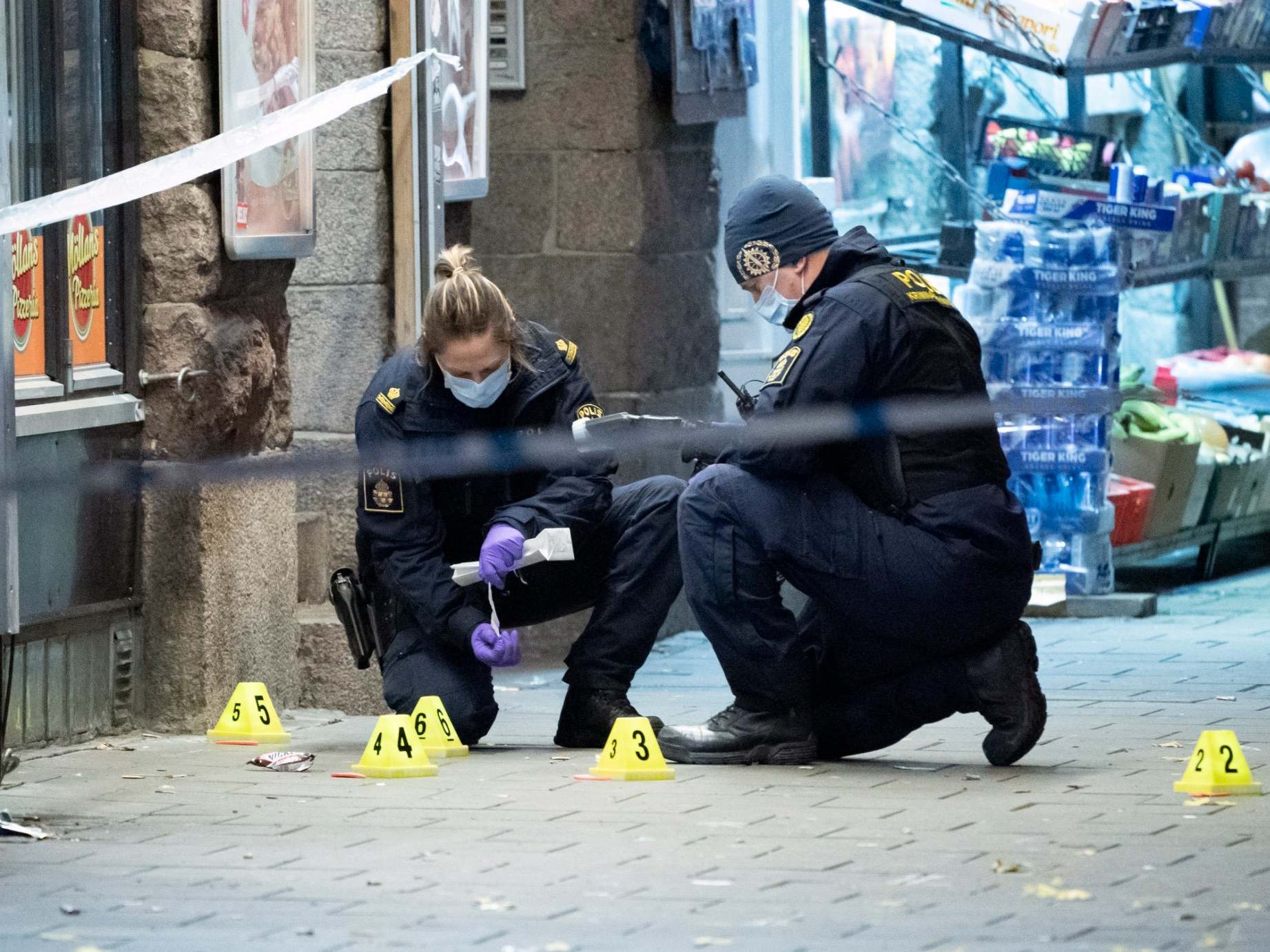 Police forensics examine the crime scene where a 15-year-old was fatally hit and another severely wounded when attackers opened fire in Malmo, Sweden (EPA)

He said: “It’s regrettable, absolutely awful, and lacking in any respect: “This should be the end of it. It’s gone too far. People should be out on the streets showing what they think, that we don’t want this in our town.”…………………Explosions and shootings in the past few years in Malmo, Sweden’s third-largest city, have been linked mainly to organised crime and feuding gangs.