﻿#AceNewsReport – Nov.12: When three explosions took place in one night across different parts of Stockholm last month, it came as a shock to residents. There had been blasts in other city suburbs, but never on their doorstep: Swedish police are dealing with unprecedented levels of attacks, targeting city centre locations too:

“ The bomb squad was called to deal with 97 explosions in the first nine months of this year: “I grew up here and you feel like that environment gets violated,” says Joel, 22: The front door of his apartment block in the central Stockholm neighbourhood of Sodermalm was blown out and windows were shattered along the street “ 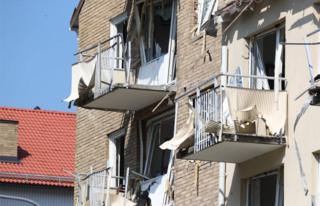 Who is to blame?

This category of crime was not even logged prior to 2017: Then, in 2018, there were 162 explosions and in the past two months alone the bomb squad have been called to almost 30: “Bangers, improvised explosives and hand grenades” are behind most of the blasts, says Linda H Straaf, head of intelligence at Sweden’s National Operations Department: The attacks are usually carried out by criminal gangs to scare rival groups or their close friends or family, she says: “This is a serious situation, but most people shouldn’t be worried, because they are not going to be affected.”

Teams have been sent to work with gang crime specialists in the US, Germany and the Netherlands, and they are liaising with Swedish military experts who dealt with explosives in Africa and Afghanistan: “It’s very new in Sweden, and we are looking for knowledge around the world,” says Mats Lovning, head of the National Operations Department.

For criminologist Amir Rostami the only relevant comparison is Mexico, plagued by gang violence: “This is unique in countries that pretty much don’t have a war or don’t have a long history of terrorism,” he says.

Where are the explosions?

Most attacks have taken place in low-income, vulnerable suburbs in the biggest cities: Stockholm, Gothenburg and Malmo: Malmo had three blasts in just over 24 hours at the start of this month: But more affluent places are now being targeted too: An explosion in the residential northern Stockholm suburb of Bromma last month destroyed the entrance to a block of flats, blew out windows and damaged cars. 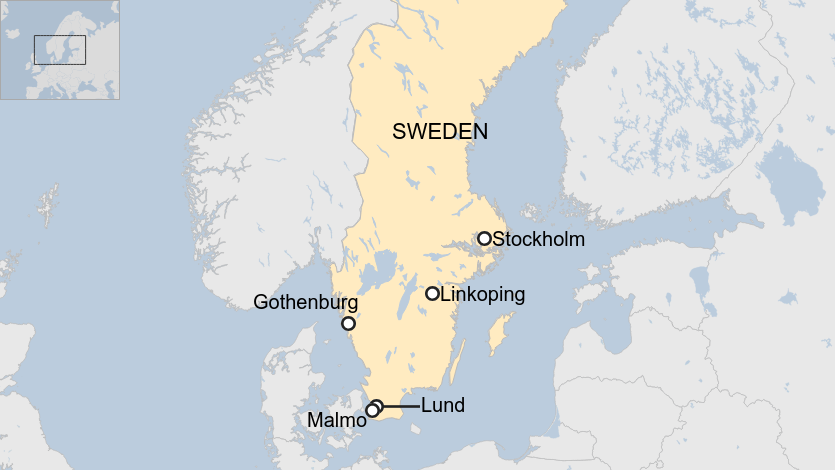 A 20-year-old passerby was treated in hospital when a bomb targeted a grocery shop in the historic university city of Lund: And 25 people were hurt when a block of flats was targeted in the central town of Linkoping: Soldermalm is a former working-class area that has become increasingly gentrified. Vintage boutiques and vegan delicatessens break up grids of mustard- and terracotta-painted apartment blocks. The building targeted is opposite a park and close to a school: “Immediately afterwards, when police closed off the streets and I walked with my two kids to preschool, I got really scared,” says Malin Bradshaw, who lives a few doors down. 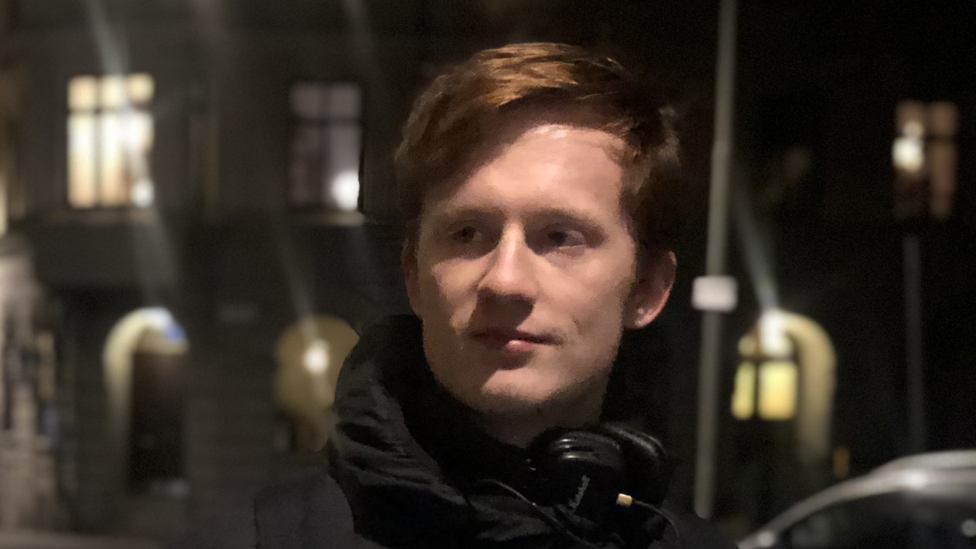 It felt just weird. I’ve been living here my whole life, I grew up here and you feel like that environment gets violated

No arrests have been made and police will not comment on potential motives: “If it was targeted then to be honest it makes us feel safer, because then the attack was not aimed to harm the public,” says Ms Bradshaw, hoping it was not a random attack.

Who are Sweden’s criminal gangs?

Police say the criminals involved are part of the same gangs behind an increase in gun crime, often connected to the drugs trade: Sweden saw 45 deadly shootings in 2018, compared with 17 in 2011: But why they have added explosives to their arsenal is unclear.

Swedish police do not record or release the ethnicity of suspects or convicted criminals, but intelligence chief Linda H Straaf says many do share a similar profile: “They have grown up in Sweden and they are from socio-economically weak groups, socio-economically weak areas, and many are perhaps second- or third-generation immigrants,” she says.

Ideological debates about immigration have intensified since Sweden took in the highest number of asylum seekers per capita in the EU during the migrant crisis of 2015: But Ms Straaf says it is “not correct” to suggest new arrivals are typically involved in gang networks. 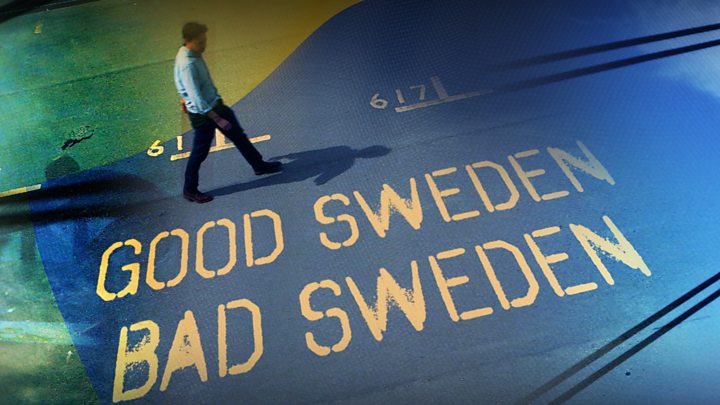 Newsnight: Is Sweden a Utopian dream or a multicultural nightmare?

For many on the political right the explosions add fuel to their argument that Sweden has struggled to integrate migrants over the past two decades: “In the future the situation might grow even bigger and even more problematic,” says Mira Aksoy, who describes herself as a national conservative writer.

This kind of sentiment has grown in recent years, and the nationalist Sweden Democrats attracted 18% of the vote in 2018: But Malin Bradshaw believes crime levels are more to do with income and social status.

If you’re anti-immigration it’s so easy to angle everything as just ‘oh it’s the immigrants’ fault’, but the problem goes way beyond that.

Did Swedish media hush it up?

Another important layer of this story is how it has been covered by Swedish media: After last month’s trio of attacks in Stockholm, public broadcaster SVT was accused of a leftist cover-up for leaving the story out of a main evening news programme: “I think that they have not done a great job… I feel like they’re trying to shrink the news,” argues writer Mira Aksoy: Christian Christensen, a journalism professor at Stockholm University, was himself surprised that some programmes paid little attention to the explosions, but feels there was extensive coverage in the big newspapers and on local news programmes: “The problem is that Sweden is used symbolically as proof of problems with immigration, proof of problems with leftist policies – unfairly in many cases,” he argues: A recent study by polling company Kantar Sifo found that law and order was the most covered news topic on Swedish TV and radio and on social media.

What are authorities doing?

Police say they are trying to track down the perpetrators, but only one in 10 of such crimes in 2018 has led to a conviction: The head of the National Operations Department has promised greater co-ordination with security police: The home affairs minister has announced increased powers to search suspects’ homes and greater efforts to break the culture of silence around gang crime: But in Sodermalm, resident Anders Herdenstam says there has to be a greater focus on integration: “I am not afraid for where I live. I am more concerned when it comes to developments in Sweden nationally.” 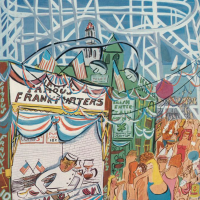