#AceNewsReport – Nov.13: Israeli forces have killed a top Islamic Jihad commander in an air raid on his home in Gaza City, unleashing a new spiral of violence: Shortly after the attack on Tuesday morning that killed Bahaa Abu al-Ata and his wife, salvos of rockets were launched from Palestinian groups in the besieged Gaza Strip into Israel: ……………..In response to the rocket barrage, dozens of air raids were launched on Gaza: Overall, 26 Palestinians have been killed in the Israeli bombardment in Gaza, according to health officials………………….Separately, Syrian state media said a separate missile attack on Tuesday hit the home of Islamic Jihad official Akram al-Ajouri in Damascus, killing two people including one of his sons. Syria said Israel carried out the Damascus attack. Israel did not comment.

Defence minister: Israel ‘will hunt down every terrorist’

Israel’s new defence minister said the country will not hesitate to target more members of the Islamic Jihad group.

“Over the past 24 hours the Jihad Islamic terrorists shot over 250 rockets and missiles on Israelis,” Naftali Bennett said.

“Israeli security forces will hunt down every terrorist, until our children are secure and safe,” he added. 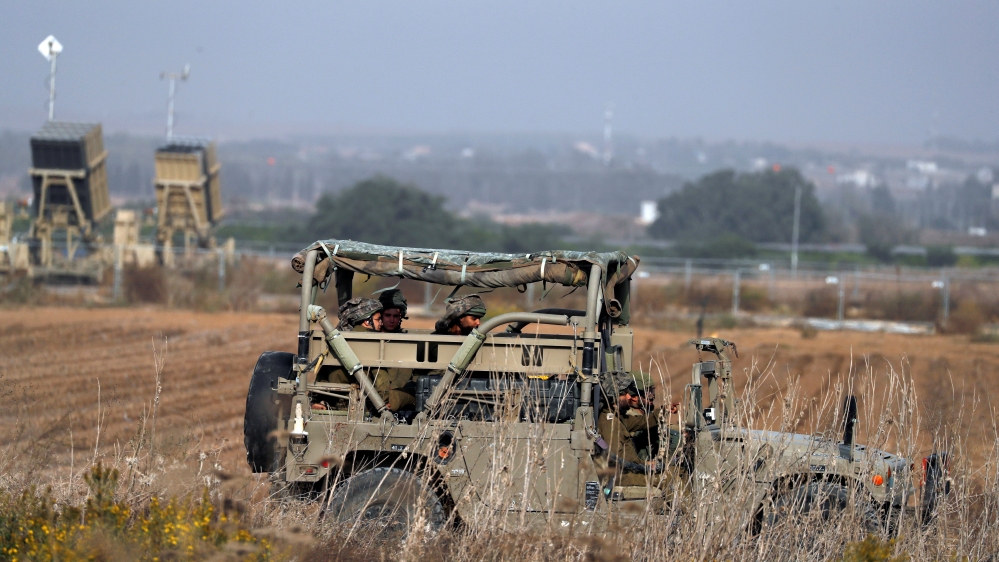 Officials in Gaza said more than 50 air raids and 21 artillery attacks targeted Palestinian homes, agricultural lands, poultry and vegetable farms, as well as positions belonging to the “resistance”, Maan News Agency reported: The enclave’s information ministry put the total number of housing units damaged at 48 – some of which were “totally destroyed”.

Ashraf al-Qidra, spokesman for Gaza’s health ministry, said two Palestinians have been killed in an air raid that targeted Khan Younis in the southern Gaza Strip: One Palestinian has been injured, he added. 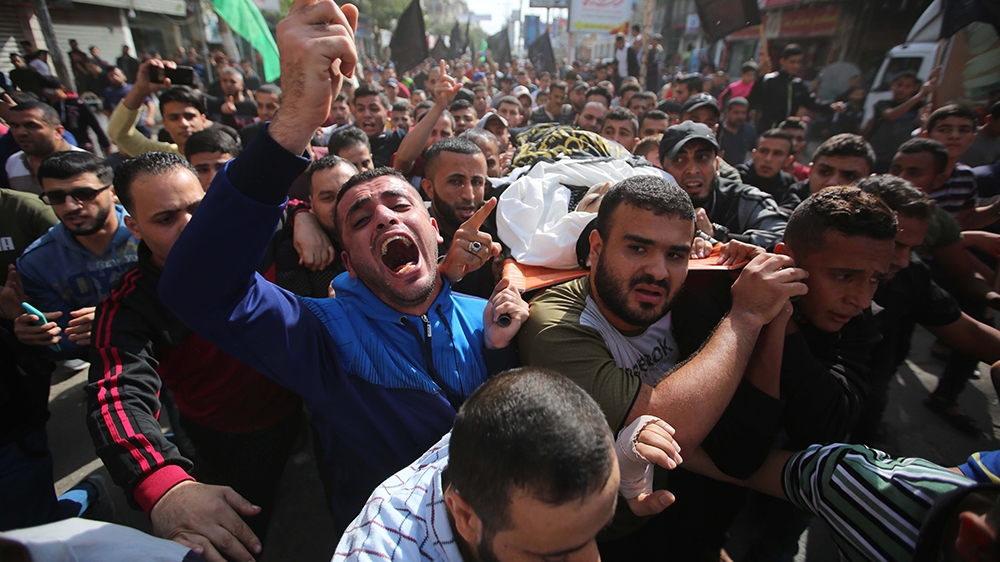 People carry the body of a 38-year-old Khalid Faraj, who was killed in an Israeli air raid, during his funeral procession in Deir al Balah [Hassan Jedi /Anadolu]