#AceNewsReport – Nov.15: The teenager who murdered his father and then opened fire on a South Carolina school playground, killing a 6-year-old boy, was sentenced to life in prison without parole Thursday: Judge R. Lawton McIntosh also sentenced Jesse Osborne, 17, to 30 more years for three attempted murders in the September 2016 school shooting: Osborne was 14 when he shot his father in their home. He then went to a Townville elementary school where he shot and wounded two children and a teacher. Jacob Hall, one of the children, died three days later. 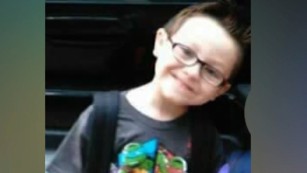 Osborne, who pleaded guilty last year, told the court he didn’t know why he did it: “I just ask you give me hope for the future and get me help because I do need help,” Osborne said. “I want help.”

The prosecutor said he was pleased with the sentence: “He (Osborne) is a very dangerous individual. I think he’s shown that by his conduct,” 10th Judicial Circuit Solicitor David Wagner told reporters. “The judge made the right call.”

Osborne attorney Frank Eppes said he will appeal the sentence.