#AceNewsReport – Nov.18: Massive protests gripped the Georgian capital last week as people took to the streets demanding a snap election: The unease was sparked by the ruling party’s flip-flopping on electoral reform: Initially, the Georgian Dream Party, which has an absolute majority in the legislature, supported the proposed changes but later backtracked on its decision and the legislation was defeated in a vote on Thursday, provoking public indignation: During the rallies, people blocked a major city highway – Rustaveli Avenue – running through the center of Tbilisi and blocked the parliament, preventing MPs from entering the building. Some demonstrators set up tents right in front of the legislature: The parliament gates were also reportedly sealed with a chain and a padlock. 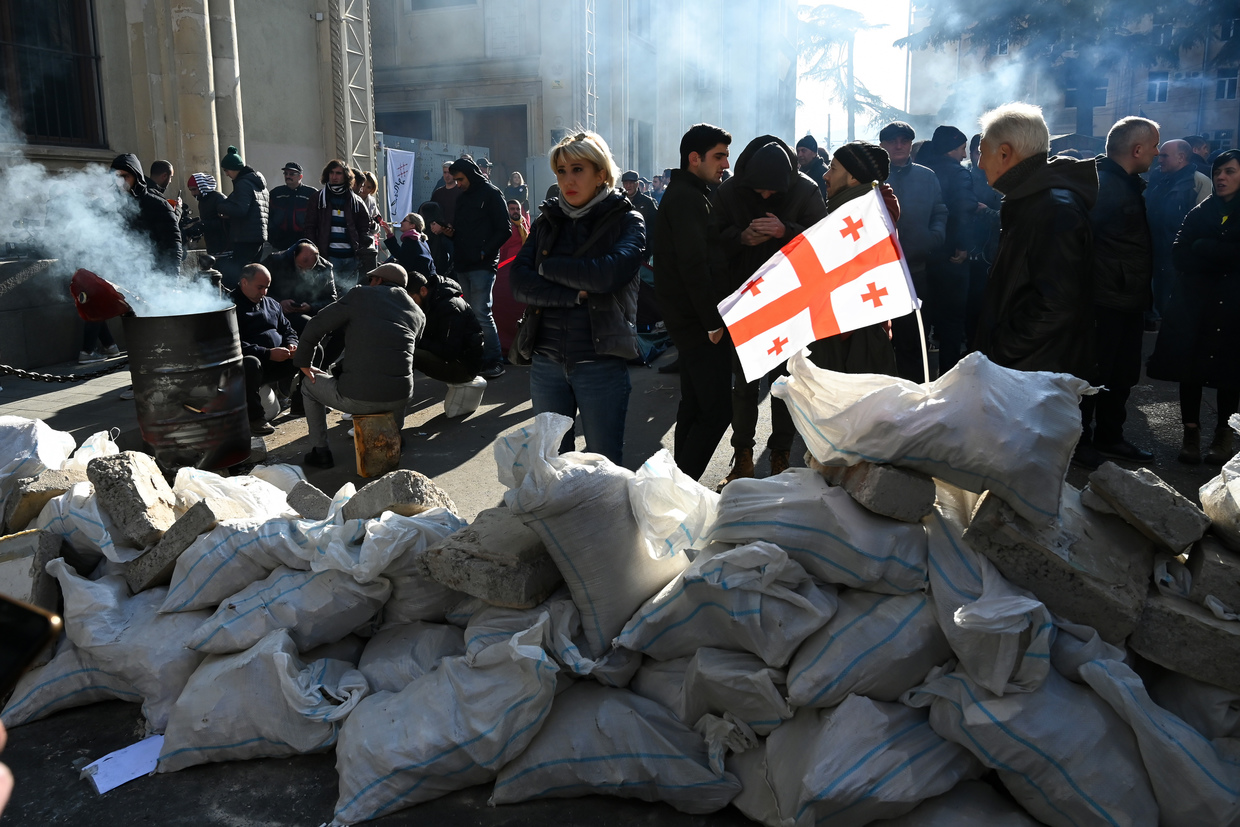 Law enforcement repeatedly called on the demonstrators to disperse: The appeal was rejected by the opposition-led сrowds who claimed they will leave only once their demands are met: On Monday, large police forces and water cannons were deployed to the parliament. Officers wearing riot gear and equipped with shields and batons started to slowly push the people away from the area. 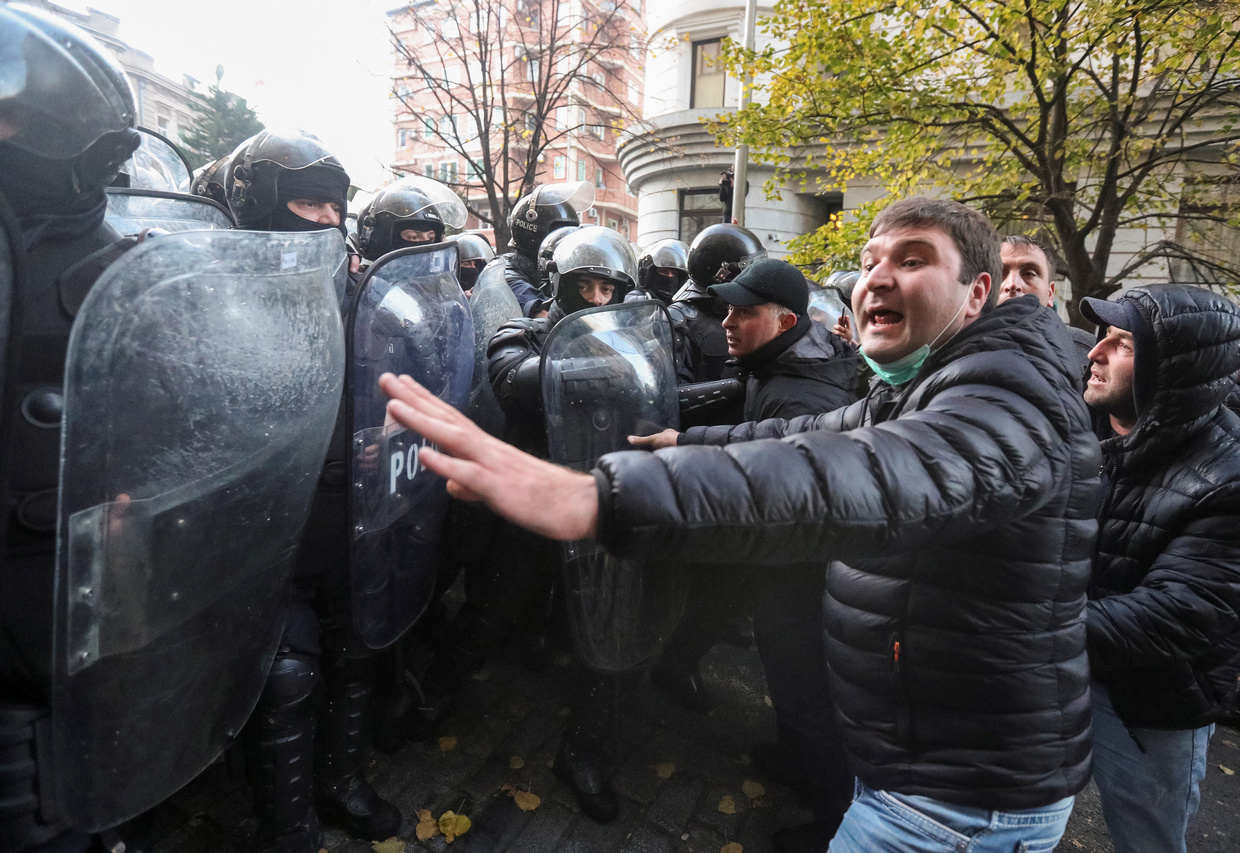 Protesters sought to resist as they formed a human chain, with officers using force and pelting people with water as a result.