﻿#AceNewsReport – Nov.21: It comes after CNN published an investigation into Father Luk Delft, a convicted abuser, who was moved to the Central African Republic by his religious order to work in a key role at the charity: “We express our compassion and solidarity with the children and their families. We thank those who have come forward: They have our full support in telling their truth,” Aloysius John, the secretary general of Caritas Internationalis, said in a statement published on its website. 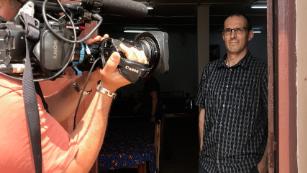 Delft, who had been convicted in Europe before going to work for the charity, has been accused of abusing at least two boys in the CAR: The 50-year-old priest was only removed from the post after CNN revealed the new accusations against him to his superiors in the Salesians of Don Bosco, a religious order established specifically to protect children.

“Caritas Internationalis understands that those responsible have ensured that the accused is no longer in the Central African Republic, and both civil and religious authorities have been notified and are investigating the allegations,” the charity said: It said it was assisting the local Caritas organisation in CAR as it investigates the allegations “

“We thank those who have come forward: They have our full support in telling their truth. At Caritas, we are constantly working to improve our safeguarding of children both in the Central African Republic and in the rest of the world where Caritas works to help people in need. Our first duty is to protect those we serve,” the secretary general added.