#AceNewsReports – Nov.26: The United States Geological Survey said the earthquake hit at an approximate depth of 20 kilometers (12 miles) early Tuesday local time: The epicenter was in the port city of Durres, about 13 miles from the capital Tirana. Social media videos from the area show several buildings have collapsed. 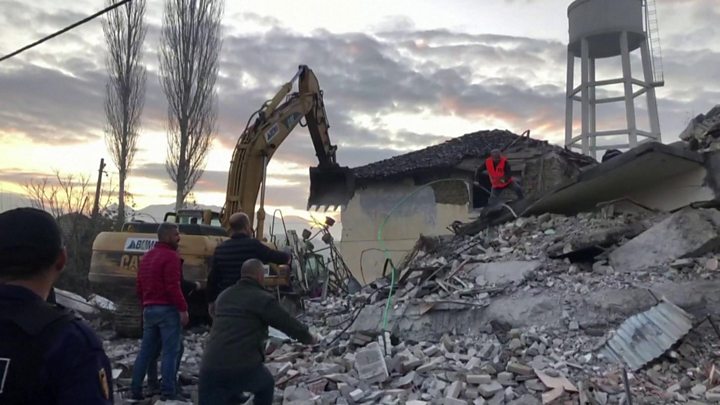 The Albanian Ministry of Health said on Tuesday morning that at least six people had been killed in the earthquake:

Police told CNN-affiliate A2 that one person died after they jumped from the balcony of a building, while three others were killed in the village of Thumane in western Albania: The cause of death for two other victims is unknown.

The health ministry has confirmed that at least 325 people were injured in the quake: Schools have been closed in three cities — Durres, Lezhe and Tirana — until further notice.

BBC News reported it was felt across the region, in Italy and in the Serbian city of Novi Sad, almost 700 km away: Emergency workers told Albanian media that one of the dead was an elderly woman who had managed to save her grandson by cradling him with her body.

A defence ministry spokeswoman confirmed firefighters and army staff were helping residents caught under the rubble in the coastal city of Durres, where three were kille: Two of those who died were in the town of Thumane, 40km to the north west of Tirana and close to the epicentre of the earthquake. There were fears that more people were trapped under rubble.

This is a developing story……..