#AceNewsReport – Dec.03: A leading South African trade union on Tuesday called on the government to drop a requirement that buyers of the country’s arms exports agree to inspections, a measure that is holding up shipments to Saudi Arabia and the United Arab Emirates: The requirement is contained as a clause in an export document known as an end-user certificate in which foreign customers must pledge not to transfer weapons to third parties

Reuters reported last month that the two Gulf allies along with Algeria and Oman were refusing to sign the document, viewing inspections as a violation of their sovereignty: The dispute has left arms shipments to those countries in limbo:

“The government’s uncompromising stance on this issue will inevitably lead to client countries withdrawing their business from South Africa,” the Solidarity trade union said in a statement: Solidarity said several legal opinions indicated that the inspection clause in the end-user certificate was illegal: “Importing countries are reluctant to sign the certificate in its current format, which indicates a bleak future for further arms exports and job security in the industry,” the union added.

Ezra Jele, South Africa’s director for conventional arms control, did not immediately respond to a request for comment:

Since democratic rule was established in 1994, South Africa has sought to reform its defense industry – once a pillar of the racist apartheid regime – by making export approvals subject to human rights considerations: Saudi Arabia and the UAE account for at least a third of South Africa’s arms exports. They are currently engaged in a war in Yemen and have been accused of diverting weapons to their Yemeni allies. 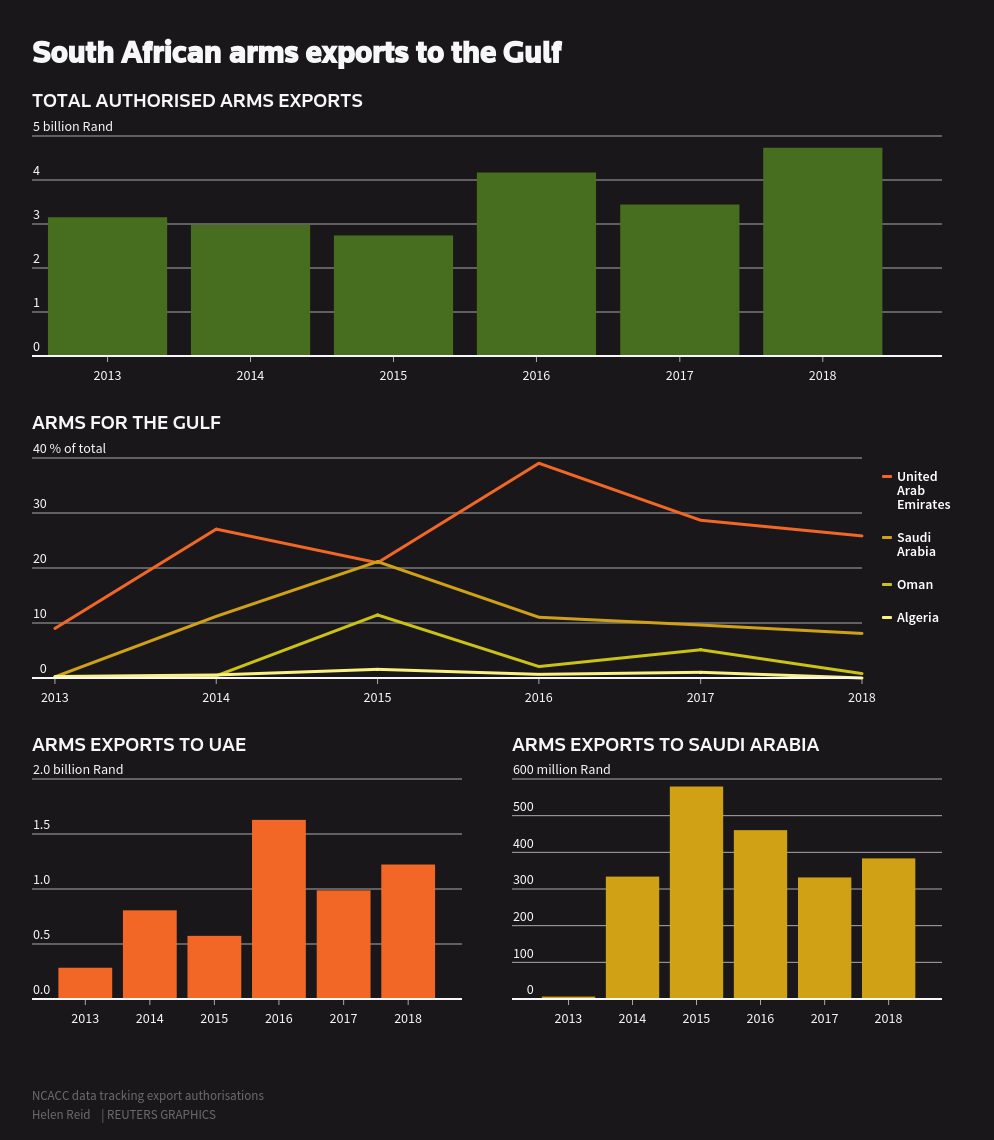 Requiring buyers not to transfer weapons to third parties is common practice in the international arms trade: Requiring inspections, though uncommon, is not unheard of.

The Aerospace, Maritime and Defense Industries Association of South Africa said last month that the dispute over the clause was blocking around 25 billion rand ($1.70 billion) worth of exports: The lobbying body said an additional 50 to 60 billion rand in future business as well as up to 9,000 jobs at defense firms and supporting industries were also at risk.