#AceNewsReport – Dec.24: Human rights groups have criticised the decision of a Romanian court to uphold the acquittals of a gang accused of child-trafficking across Europe: The 25 men were arrested in London in 2010, but following an investigation lasting nearly a decade, they were formally acquitted earlier this year. An appeal court has upheld that decision, causing a torrent of criticism from child rights advocates: The case centred on the trafficking and exploitation of more than 160 children, in which the ringleaders were accused of forcing minors to beg and steal for the gang across Europe: All suspects have been definitively cleared of charges of child trafficking, laundering, creating a criminal group and violating the arms law, according to a court statement. 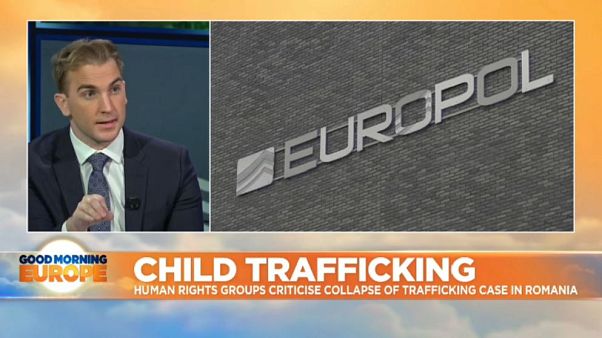 A prosecutor expressed his surprise to AFP at the “denial of reality” of the judges, who did not justify their decision and transform the evidence into “fiction”.

In 2010, more than 300 British and Romanian police officers had carried out an investigation to dismantle an alleged network originating from a deprived town in Tandarei, southern Romania: Minors from a local Roma community, between the ages of 7 and 15, were sent to Britain in order to gain money by begging and stealing: The searches of around thirty addresses had led to the discovery of several firearms, jewellery, large sums of cash: They also uncovered a number of powers of attorney, documents authorising members of the network to take the children out of Romania.

Following an initial acquittal decision in February, around 20 NGOs had written to the European Commission and the Council of Europe, demanding that these bodies “remind Romania of its responsibilities” in the area of ​​trafficking of human beings: The judicial inspectorate also took up the case after criticism from civil society.