#AceNewsReport – Dec.27: Editor says heres what we know so far there is a number of people confirmed dead since #TyphoonPhanfone hit the Philippines on #ChristmasEve has risen to 28, as thousands of people affected by the storm remain in temporary evacuation shelters, authorities said Friday: Phanfone, known locally as Typhoon #Ursula, first made landfall on Eastern Samar province on Tuesday, bringing heavy rain and storm surges. It hit as the equivalent of a Category 1 hurricane, packing sustained wind speeds of 150 kilometers (93 miles) per hour, with gusts of 195 kph (121 mph)………….In addition to the 28 deaths, 12 people remain missing and two injured, according to the Philippine National Disaster Risk Reduction and Management Council (NDRRMC).

Iloilo City on Panay Island in the Western Visayas has the highest number of casualties, with 13 people dead, the agency said. 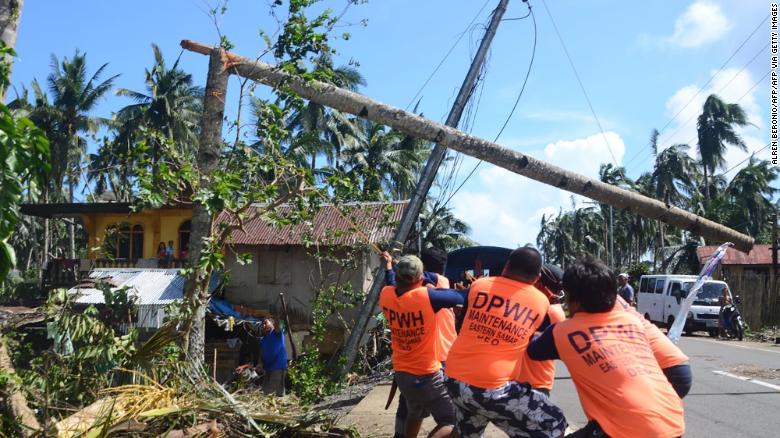 Workers pull a fallen electric pylon damaged at the height of Typhoon Phanfone in Salcedo town in Eastern Samar province on December 26, 2019: More than 185,000 people have been affected by the typhoon with over 43,000 taking refuge in evacuation centers, the NDRRMC said Friday.

The agency said 147 cities and municipalities experienced power outages, and by Friday, 31 of those had power restored: Phanfone swept west across the islands of the Eastern Visayas region, southern Luzon and Western Visayas on Wednesday, toppling electricity pylons and trees, tearing off roofs, damaging more than 2,000 homes and causing widespread travel disruption over the busy Christmas period.

The region is majority Catholic, and many people were preparing for family celebrations when the typhoon hit: Images from the area showed debris blocking roads, downed lamp posts, crumpled houses and people huddling in evacuation centers.

Some tourist areas, including the popular resort island of Boracay, were also damaged on Wednesday: The nearby Kalibo International Airport was temporarily closed and flights canceled after the typhoon damaged the roof of the terminal building, according to an advisory from Philippine Airlines. 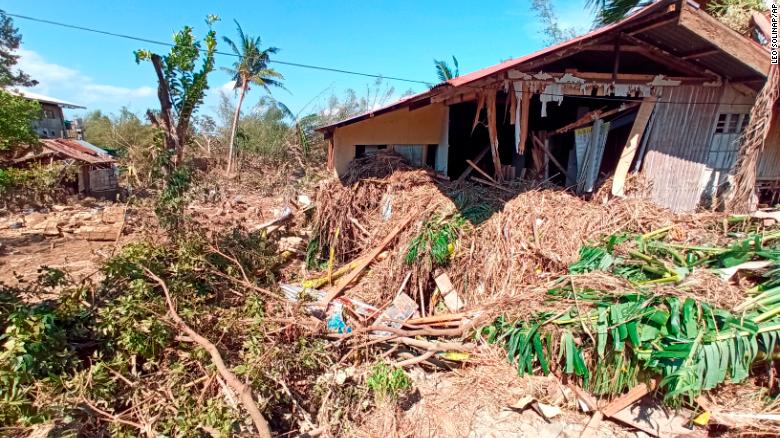 Thousands of people who were traveling over the Christmas period had their flights and ferries canceled due to the typhoon: Some 115 domestic flights were canceled and more than 15,700 passengers left stranded, the NDRRMC said earlier.

On Friday, Phanfone was tracking over the South China Sea with winds of 120 kph (75 mph): The storm is expected to weaken to a tropical depression before making landfall in northern Vietnam on Sunday, according to CNN meteorologists.﻿