#AceNewsReport – Dec.29: The incident happened around 9:57 a.m. at the West Freeway Church of Christ, which is located in the city of White Settlement, just outside of Fort Worth: “It’s all very tragic,” Fort Worth Fire Department spokesman Mike Drivdahl told reporters…………MedStar, the ambulance service provider to Fort Worth and other cities in north Texas, said that two people were killed in the shooting while another person was in critical condition………………..MedStar added that the victims ranged in age from 30 to 60 years old: MedStar Mobile Healthcare spokeswoman Macara Trusty told the Associated Press that one person died at the church in White Settlement, about 8 miles west of Fort Worth and the other died en route to the hospital.

By Travis Fedschun – Published: 51-mins ago 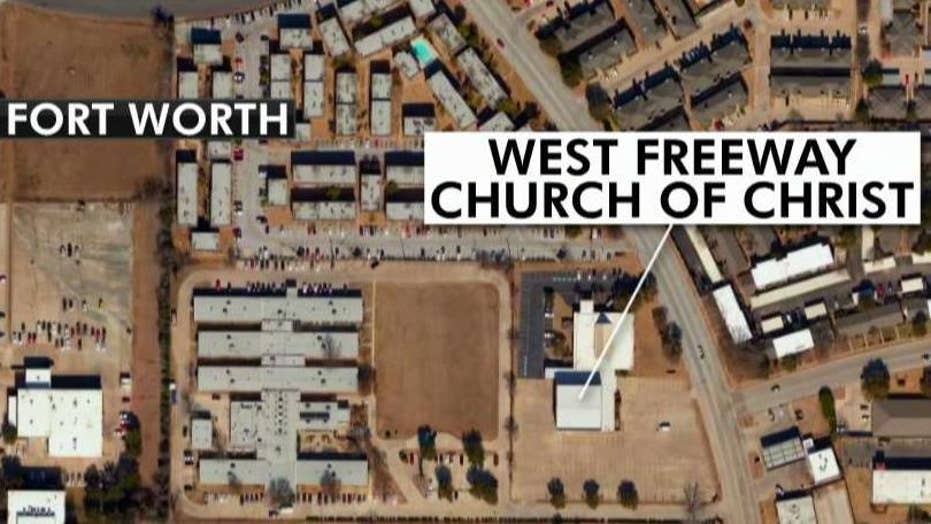 While Drivdahl did not have details about where the incident took place, a witness to the shooting told KTVT the gunman shot a server with a shotgun during communion before he was taken down by another church member……….“It was the most scariest thing. You feel like your life is flashing before you,” Isabel Arreola told the television station. “I was so worried about my little one.”

The church was apparently live streaming the service when the shooting took place, FOX4 reported…………..David McClelland with Tarrant County Sheriff’s Office confirmed to Fox News the shooter is “down” and suffered a gunshot wound, but it’s unclear where the bullet came from: At this time, authorities believe there was only one gunman. MedStar told FOX4 the shooter was among the dead.The shooting happened Sunday morning at the West Freeway Church of Christ, which is located in the city of White Settlement, Texas. (Fox News)

Texas Attorney General Ken Paxton tweeted about the shooting, asking for prayers for “any victims and their families, this congregation, and the law enforcement officials at the scene.”Agents from the Dallas Field Division of the Bureau of Alcohol, Tobacco, Firearms, and Explosives said they were responding to the scene of the reported shooting.

This is a developing story……………Check back for updates.