#AceNewsReport – Jan.07: A teenager has admitted killing a police officer who was dragged along the road by a van after being called to reports of a break-in: PC Andrew Harper, 28, died in August in Berkshire, four weeks after he had married: Henry Long, 18, from Mortimer, Reading, pleaded guilty to manslaughter at the Old Bailey but denies murder…………….The Thames Valley Police officer from Wallingford, Oxfordshire, died from multiple injuries. 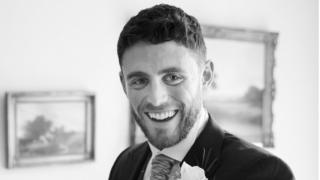 The three teenagers are due to face a six-week trial at the Old Bailey from 9 March:

In a Facebook post written on New Year’s Day, PC Harper’s widow Lissie said she missed him “more than anyone could ever imagine”: She wrote: “You were loved by so many but by no one more than me. You loved so many but it was me you gave your heart: “I used to tell you I knew you better than you knew yourself, you used to smile and say I probably did.”…………….Mrs Harper said she hoped to “go forward with hope…surrounded by friends new and old” in 2020: A fundraising page for PC Harper’s family raised nearly £328,000 after it received 14,100 donations.