#AceNewsReport – Jan.13: #Paedophile Richard Huckle died after being strangled and stabbed with a makeshift weapon that may have been fashioned from a toothbrush, sources have told the BBC: Huckle, 33, who was in prison for abusing up to 200 Malaysian children, was killed on Sunday in his cell: It is thought he was strangled with some sort of bandage: The police investigation is reportedly focusing on Paul Fitzgerald, a fellow inmate jailed for serious sex offences: It is understood that he has been placed in isolation pending investigation of murder. He has not been arrested or charged. 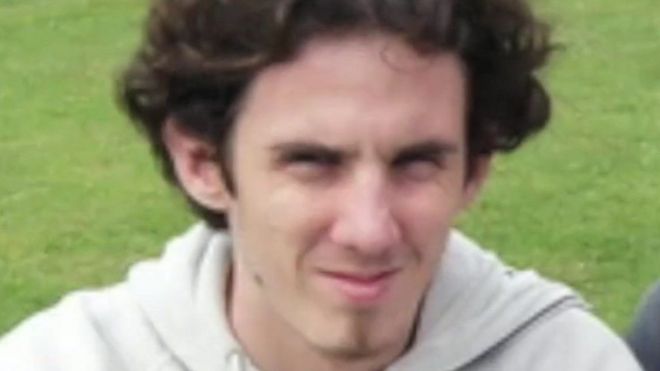 Police were called shortly after 12:30pm on Sunday to Huckle’s cell at Full Sutton Prison, near York:

In 2016, Huckle, from Ashford, Kent, was given 22 life sentences after admitting 71 charges of sex abuse of children aged between six months and 12 years, between 2006 and 2014: Huckle’s trial at the Old Bailey in 2016 heard that investigators who checked his computer found more than 20,000 indecent pictures and videos of his assaults………………..These were shared with paedophiles worldwide through a hidden website on the so-called dark web.

Huckle, who worked as a freelance photographer, tried to make a business out of his abuse by crowd-funding the release of the images: He was compiling a paedophile’s manual at the time of his arrest in 2014. The Old Bailey judge sentencing him described the 60-page manual as a “truly evil document”………….At the end of his trial, Judge Peter Rook said Huckle’s sentence reflected the “public abhorrence” over his “campaign of rape”.

Huckle was arrested at Gatwick Airport by National Crime Agency officials in December 2014, following a tip-off by Australian authorities: He presented himself as a practising Christian and first visited Malaysia on a teaching gap year when he was 18 or 19………He went on to groom children while doing voluntary work.