#AceNewsReport – Jan.22: Weinstein New York trial to begin with opening statements, accuser testimonies Opening statements begin Wednesday in Harvey Weinstein’s New York trial, over two years since he was first accused in a case that fuelled the #MeToo movement. More than 80 women have made allegations against him: Weinstein faces charges involving two women, including rape and sexual assault. Rikki Klieman joins “CBS This Morning” to discuss what to expect from the trial.

“The man seated right there was not just a titan in Hollywood, he was a rapist,” Assistant District Attorney Meghan Hast said during opening statements before a jury in Manhattan criminal court ABC News reports

Mr Weinstein, 67, has pleaded not guilty to charges of assaulting two women: He faces up to life in prison if convicted of the most serious charge, predatory sexual assault: The trial is a watershed moment , in which women have gone public with allegations against powerful men in business and politics.

One of Mr Weinstein’s lawyers, Damon Cheronis, said on Tuesday he intended to tell jurors in his opening statement that his client’s accusers sent him “dozens of loving emails” and “bragged” about their sexual relationships with him: Before Wednesday’s proceedings got underway, Mr Weinstein exited a white sports utility vehicle with help from two members of his team, one carrying the walker that Weinstein has used for recent court appearances as he recovers from recent back surgery.

During the prosecution’s opening statements, Mr Weinstein sat quietly at the defence table, occasionally sipping water from a clear plastic cup or writing on a legal pad: Around 100 people were packed into the courtroom, including Manhattan District Attorney Cyrus Vance.

Since 2017, more than 80 women including actresses Gwyneth Paltrow, Angelina Jolie, Lupita Nyong’o and Ashley Judd, have accused Mr Weinstein of sexual misconduct: Mr Weinstein, who reshaped the independent film industry with critically acclaimed pictures such as “The English Patient” and “Shakespeare in Love”, has denied the allegations and said any sexual encounters were consensual. 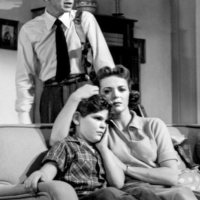