#AceNewsReport – Jan.25: Selina Todd, modern history professor at St Hilda’s College, said members of staff accompanied her to lectures after learning of threats on social media: Prof Todd has now warned against shutting down debates: The University of Oxford said it did not comment on individual arrangements. 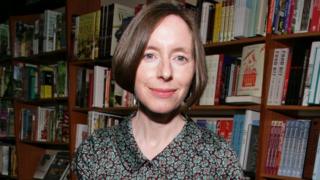 The academic told BBC Radio 4’s Today programme she felt “vulnerable” having previously experienced hostility from some academics and students: Prof Todd said the threats come from some campaigners who believe her views on the need to protect women’s spaces, such as single-sex refuges, from people who self-identify as women but are anatomically male are unacceptable.

The academic said that she has witnessed “quite antagonistic” and “quite confrontational” protests outside women’s rights meetings she has spoken at in the past: But she insisted that discussions about women’s rights should not be silenced…………………………..”It’s always the case that groups’ needs and interests can conflict with those of other equally legitimate groups,” she said: But she added that in a democratic state an open debate on how to accommodate the needs of all legitimate groups within a society was needed.

” In the world today democracy is under threat and therefore we all have to defend the right of people to have freedom of speech and freedom of debate,” she said “

“ She later tweeted to say that “on the basis of limited info me and my employer could get, we decided not to wait and see if I’d get hit in the face” before introducing security measures “

The story was first reported this week in the Daily Telegraph……………Prof Todd told the paper that two students had warned her they had seen threats made against her on email networks they were a part of………………….The university, she said, carried out its own investigation and found there was enough evidence to provide her with protection………..The two male staff members providing protection arrive in lectures before students in order to “diffuse” any potential action that might take place, she said………………Prof Todd said universities were not a place for bigotry, but somewhere to have a “respectful, democratic debate” that was “evidence-based”.

She continued: “This might sound like a storm in a teacup and something that’s just about student activists but students become graduates and Oxford students tend to become graduates who go into things like politics, the media or the civil service: “So if they are learning that no debate is the way to run a society we should all be worried.”

The University of Oxford said it did not comment on individual cases, but added in a statement: “When staff raise concerns with us, the university will always review the circumstances and offer appropriate support to ensure their safety and their freedom of expression.” ﻿