#AceNewsReport – Jan.27: The suspects were being arrested and warrants served for the shooting around 2 a.m. Sunday at Mac’s Lounge in Hartsville: 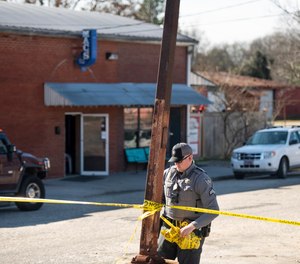 Investigators have released little information about the shooting: Democratic state Sen. Gerald Malloy called the shooting a “senseless loss of life” on Twitter. He said the club is about two blocks from his law office and he spent hours Sunday at the business.

A witness described a chaotic scene as bar patrons ran for their lives” Samuel Dupree told WMBF-TV he was dancing when he heard something that at first sounded like a firecracker, but he turned and saw the gunfire……………….. He said people in the bar were rushing toward the exit…………..“People were trying to get through that tiny door and they couldn’t,” he said. “I helped someone up off the ground I saw get trampled. I’m not going to let this person just die from getting run over.”

The South Carolina Law Enforcement Division and the U.S. Marshals Service are assisting Hartsville police with the investigation: