#AceNewsReport – Jan.28: The architect, builders and fire engineer who worked on the disastrous Grenfell Tower refurbishment knew the cladding system would fail in the event of a fire more than two years before 72 people were killed, according to emails revealed at the public inquiry on Tuesday: Staff at architects Studio E, the fire engineer Exova, the facade installer Harley, and Rydon, the main contractor, discussed how the cladding system they were planning to wrap around the 120-home apartment block was likely to fail in the event of a fire. 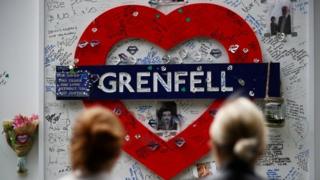 “Metal cladding always burns and falls off,” an architect emailed a fire engineer in spring 2015: An employee of the facade installer told a colleague: “As we all know, the ACM [the combustible cladding panels] will be gone rather quickly in a fire!”

“ The shocking correspondence during the refurbishment works was disclosed to the inquiry by Craig Orr QC, counsel for Celotex, the manufacturer of the combustible insulation used on the building. It came during the second day of phase two of the Grenfell Tower public inquiry, which is examining events leading up to the disaster “

In front of bereaved and survivors, including Nicholas Burton, who lost his wife, Pily, and Antonio Roncalato, who was not rescued until 6am, the inquiry also heard how, in 2014, the combustible cladding panels made by Arconic, which contained a flammable polyethylene core, were chosen as part of an attempt to cut £454,000 from the budget by the Kensington and Chelsea Tenants’ Management organisation.