#AceNewsReport – Jan.31: Authorities in the Australian Capital Territory (ACT) have declared a state of emergency as massive bushfires rage south of Canberra: It is the worst fire threat to the territory in nearly two decades, officials said……….The main blaze, in the territory’s south, is burning over more than 18,500 hectares……….Residents in suburbs of Canberra have been urged to “remain alert” for potential evacuations. 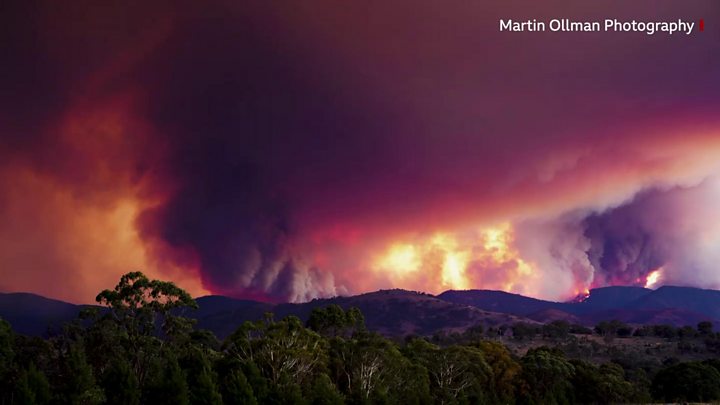 A timelapse of the fires threatening Canberra

“The ACT is now facing the worst bushfire threat since the devastating fires of 2003,” Chief Minister Andrew Barr told reporters on Friday: “There’s now no higher priority for the ACT government at this time than the bushfire threat.” 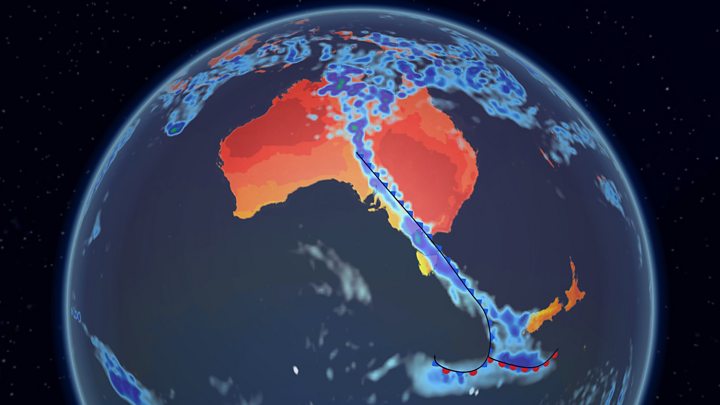 The small territory, located between Sydney and Melbourne, has about 400,000 residents:

In 2003, bushfires in the suburbs of Canberra killed four people, injured another 500 and destroyed or damaged 470 homes: Similar weather conditions were being recorded on Friday, authorities said.

Mr Barr warned the fires “may become uncontrollable” as temperatures climbed to 40C and were fuelled by strong winds: He said the worst blaze was just south of the district of Tuggeranong, a 20-minute drive south of Parliament House in Canberra………………………..He added the state of emergency – which gives extra power and resources to fire authorities – would be in place for “as long as Canberra is at risk”.

Watch: Canberra engulfed in smoke Fires have raged near the city for weeks: Last Thursday, Canberra’s airport was shut down when a blaze threatened to breach its perimeter.

Three US firefighters died on the same day after their aircraft crashed over a fire zone near the city, in the Snowy Mountains region: US firefighters killed in plane crash Earlier this week, photos of bushfires in the area turning skies red were shared widely on social media……………It prompted authorities to issue warnings against “disaster tourism”, following several reports of people driving near active fire zones to take pictures…………….”I want to reinforce the message to disaster tourists they’re not welcome as this fire approaches,” Mr Barr said.

Since September, bushfires in Australia have killed at least 33 people and destroyed thousands of homes: More than 11 million hectares of land has been scorched.