#AceNewsReport – Jan.31: The chief US diplomat also played down a dispute about Britains decision to plug in Chinese technology into 5G mobile network suggesting that Washington would continue sharing intelligence with London: https://t.me/acenewsdaily/210380 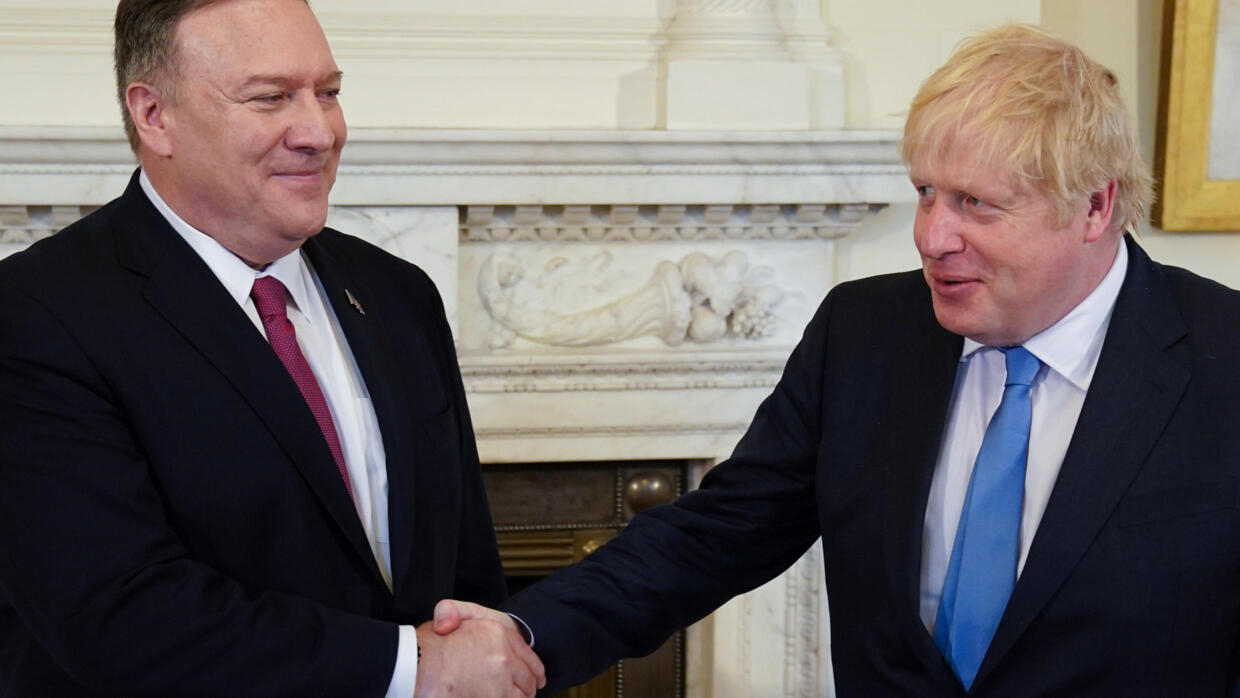 US Secretary of State Mike Pompeo shakes hands with Britain’s Prime Minister Boris Johnson as they meet at Downing Street in London on January 30, 2020. © Kevin Lamarque/REUTERS

“There were things that the United Kingdom was required to do as part of being a member of the EU, and they’ll be able to do them differently now,” Washington’s top diplomat told a think-tank audience in London..

“Some of this will be worked out through the free trade agreement, some of it will be worked out by entrepreneurs just kicking it,” he said, alongside British Foreign Secretary Dominic Raab……….”You will see the enormous benefits that accrued to both of our nations as a result of this.”

Britain will enter a new chapter when it becomes the first country to quit the EU’s institutions at midnight Brussels time (2300 GMT) on Friday: “It is a great moment for our country… a moment of hope and opportunity,” British Prime Minister Boris Johnson said Wednesday, as he prepared to address the nation at 2200 GMT Friday — an hour before Brexit: https://t.me/acenewsdaily/210529

Contentious issues still remain during ‘ Transition Period ‘ Although Britain will remain under most EU rules during an 11-month transition period, it is then likely to lose privileged access to the single European market — the world’s largest and most important for UK trade: Johnson has argued he can negotiate ambitious free trade agreements with both his 27 former partners and the US, but has seen recent strains in the so-called “special relationship” with Washington.

Pompeo sounded a more positive note on Thursday: He said the US-UK intelligence sharing relationship would remain “deep” and “strong” and that he was “confident” the next generation of technology would be secure: However, he warned strongly about Beijing’s growing global influence, calling China’s ruling Communist Party “the central threat of our times” that challenges Western principles.