#AceNewsReport – Feb.06: British news outlet SWNS reports that the macabre discovery was made while workers were preparing former farmland for a new development of 72 retirement apartments in Buckingham, southern England: There is speculation that the remains date back to Anglo-Saxon Britain, which LASTED from the 5th to the 11th century A.D. or the bloody English Civil Wars between 1642 to 1651.

Local district and town councilor Robin Stuchbury says that the mysterious remains may also be criminals executed on gallows in the town of Buckingham, according to SWNS: Brio Retirement Living Holdings, which is part of property management group Places for People, is behind the development of the site, SWNS reports. Fox News has reached out to Places for People with a request for comment on this story. 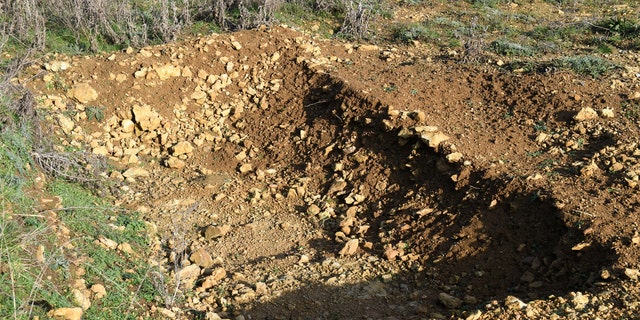 Part of the site in Buckingham, Southern England, where 42 skeletons were discovered with their hands tied behind their backs. (SWNS)

The MK Citizen reports that Buckinghamshire County Council’s Archaeological Service has not yet seen an archaeologists’ report on the mass gravesite: The remains have reportedly been removed, leaving the graves as empty holes in the ground.

Last year, workers preparing to lay new water pipes discovered a gruesome ancient burial site in Southern England: Some 26 human skeletons from the Iron Age and Roman periods were found at the site in Childrey Warren, Oxfordshire, some of which are believed to be ritual burials…………….One female skeleton at the site was found buried with her feet cut off and placed side by side with her arms bound behind her head.