#AceNewsReport – Feb.11: A 22-year-old man has pleaded guilty to intentionally setting fire to three African-American churches in the US state of Louisiana: Holden Matthews, 22, admitted to starting the fires to raise his profile as a “black metal” musician, prosecutors said: He burned three Baptist churches in the Opelousas area over 10 days beginning in late March 2019: He faces 10 to 70 years in jail when he is sentenced on 22 May: On Monday, Matthews entered several guilty pleas for federal and state charges, including hate crime counts: The three churches Matthews admitted to torching had predominantly African-American congregations. 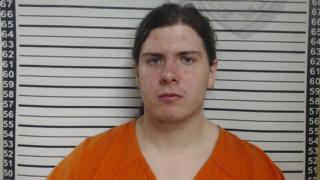 @LAFIREMARSHALMatthews pleaded guilty to both federal and state charges

Matthews, the white son of a local sheriff deputy, set fire to those churches “because of the religious character of those buildings”, according to federal prosecutors: “His disgraceful conduct violated the civil rights of the church’s parishioners and harmed their communities,” said assistant attorney general Eric Dreiband.

During his plea hearing, Matthews said: Hespecifically targeted those churches. He did so because he sought to emulate church burnings carried out by black metal music fans in Norway in the 1990s: In the 1990s, at least 50 Christian churches in Norway were attacked by arsonists in the name of black metal, a subgenre of heavy metal music. Varg Vikernes was among the most infamous black metal musicians to be convicted of church arson in this period.

A grisly film of Norway’s black metal murders has caused outrage : A member of a black metal band himself, Matthews told prosecutors he believed the acts would elevate his status: He admitted to posting pictures and videos of the church burnings to Facebook “in an effort to promote himself in the black metal community”

During the search for a suspect, Governor John Bel Edwards said the attacks in the southern state were a reminder “of a very dark past of intimidation and fear”.