#AceNewsReport – Feb.17: Two Colorado lawmakers have introduced a bill to replace the term “illegal alien” with “undocumented immigrant.”…….If HB20-1294 passes, the term “illegal alien” will be banned from use in public service contracts: The bill, which was introduced on February 12 and is being sponsored by Colorado state Rep. Susan Lontine (D) and Sen. Julie Gonzales (D), will be heard by the Colorado General Assembly’s House State, Veterans and Military Affairs committee on February 27: The bill may be inspired by another bill that was introduced in New York City.

Last year, New York City banned the term “illegal alien” when used “with intent to demean, humiliate or harass a person.” It is punishable by a fine of up to $250,000: As CNN’s story at the time noted, the US Department of Homeland Security defines “alien” as “any person not a citizen or national of the United States.”

In 2018, the Justice Department told federal prosecutors not to use the term “undocumented immigrants” and instead to use the term “illegal alien.” But terms to use when talking about people who are accused of immigrating illegally to the United States is something even officials within the Trump administration have shared differing opinions about.

After more than 600 people were arrested in a series of immigration raids at Mississippi chicken plants last year, acting US Customs and Border Protection Commissioner Mark Morgan bristled at use of the term “undocumented immigrants” in descriptions of the arrests: “Words matter,” he told CNN. “These aren’t undocumented immigrants. They are illegal immigrants: They are here in this country illegally. They’re obtaining jobs illegally.”

In an interview with the Washington Post published shortly before he resigned as acting secretary of Homeland Security, Kevin McAleenan told the newspaper he avoids using the term “illegal aliens” and instead describes people as “migrants.” …………..”I think the words matter a lot,” McAleenan said, according to the Post. “If you alienate half of your audience by your use of terminology, it’s going to hamper your ability to ever win an argument.”

In 2013, the Associated Press Stylebook 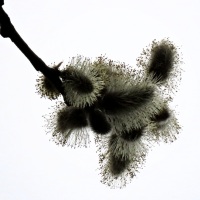