#AceNewsReport – Feb.26: A noxious substance was thrown outside a restaurant near Harrods Tuesday prompting emergency services to cordon off the busy shopping precinct in Knightsbridge: Police were called at 7.20am and specialist officers attended the scene to conduct tests: Brompton Road and Hans Road, which run alongside the famous department store, were closed causing large traffic queues. They have since reopened…………….There were no reports of anyone suffering illness. 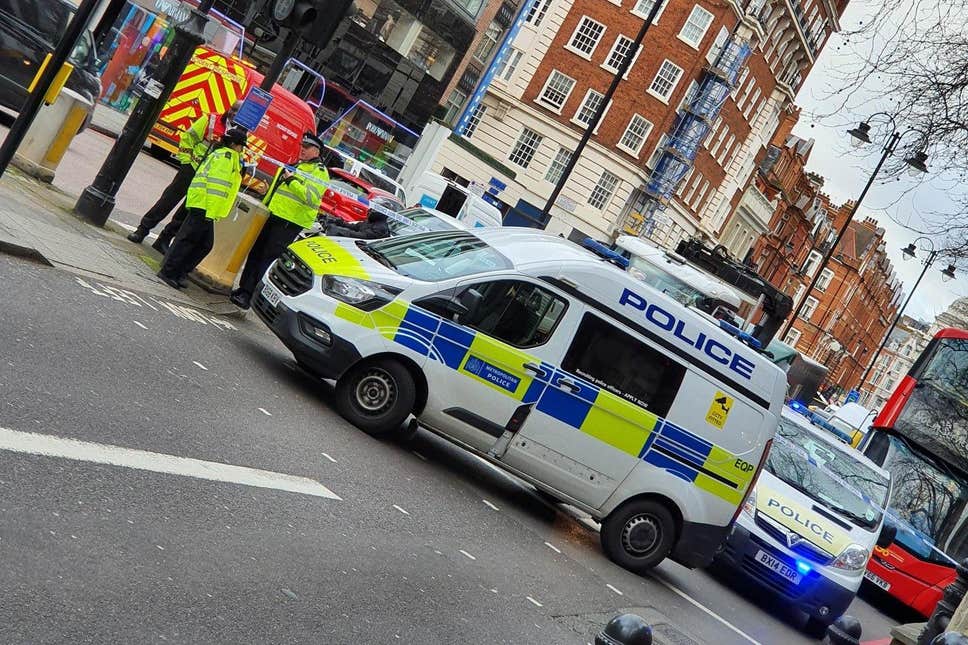 Scotland Yard said: “Officers have dealt with an incident after a chemical was thrown at a building in Kensington and Chelsea: “Police were called at 07.20am on Tuesday, February 25: A noxious substance had been thrown on the outside of a restaurant at the location…..”There are no reports of anyone suffering ill effects during the incident……“Local roads were closed while emergency services dealt……….“Specialist officers have attended the scene and conducted tests…………….“As a result of their action local roads have been reopened……….The matter is being investigated as act of criminal damage.”

A spokesman added that no arrests have been made and enquiries continue…..