#AceNewsReport – Feb.26: “Post-strike assessments confirm the two terrorists killed in the Feb. 22 precision airstrikes were an individual associated with the attack on Manda Bay and his wife, who was also a known al-Shabaab member,” US Africa Command said in a statement Tuesday:

“The two terrorists were identified as a senior al-Shabaab leader, who was in charge of planning and directing terrorist operations on the Kenya border region, including the recent attack on Manda Bay, and his wife, who also was a witting and active member of al-Shabaab responsible for facilitating a wide range of terrorist activities,” the statement added:

The airstrike occurred in the vicinity of Saakow, Somalia, which is located approximately 320 kilometers west of Mogadishu: An earlier statement from Africa Command said the strike had targeted an al Shabaab compound, killing “two terrorists” and wounding another. 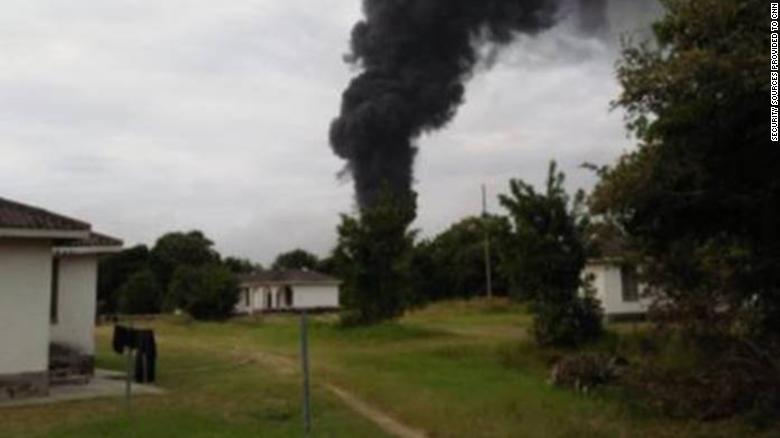 Washington (CNN) — Three Americans were killed in Sunday’s terror attack in Kenya: The Americans — a US service member and two civilian contractors working for the Defense Department — were killed in the attack carried out by Al-Shabaab, US Africa Command, which is responsible for military relations with nations on the continent, confirmed to CNN. Two DOD members wounded in the attack are now in stable condition and are being evacuated, Africa Command said.

The high-profile al Shabaab attack on a military airfield in Manda Bay resulted in the death of a US soldier and two American defense contractors as well as the destruction of multiple Defense Department aircraft: During the attack, al Shabaab fighters fired mortars on Kenyan military installations while simultaneously assaulting the airfield. US and Kenyan troops responded to the attack, killing five al-Shabaab members. Initial US military estimates said that “several dozen al-Shabaab fighters” were involved in the assault.

The attack raised questions about the security of US personnel in neighboring Kenya and underscored al Shabaab’s ability to mount complex attacks in the region despite suffering setbacks in Somalia:

Post-strike assessments confirm the two terrorists killed in the Feb. 22 precision airstrikes were an individual associated with the attack on Manda Bay and his wife, who was also a known al-Shabaab member:

“Since January 5, U.S. Africa Command and our partners have pursued those responsible for the attack on U.S. and Kenyan forces at Manda Bay,” said U.S. Army Gen. Stephen Townsend, the commander of U.S. Africa Command said in the statement released Tuesday: https://www.africom.mil/media-room/pressrelease/32604/precision-airstrike-eliminated-al-shabaab-leader-associated-with-manda-bay-attack “This strike demonstrates that we will continue to relentlessly pursue those responsible for Manda Bay and those wishing to do harm to Americans and our African partners,” Townsend added.