#AceNewsReport – Mar.26: “We recently received information from US officials that has led both them and us to conclude that our wonderful husband and father died while in Iranian custody. We don’t know when or how he died, only that it was prior to the COVID-19 pandemic,” the Levinson family said in a Wednesday statement published on the “Help Bob Levinson” Twitter account.

Statement from the Levinson Family pic.twitter.com/0t3YLvGJIc

​”Those who are responsible for what happened to Bob Levinson, including those in the US government who for many years repeatedly left him behind, will ultimately receive justice for what they have done,” the family said: “We will spend the rest of our lives making sure of this, and the Iranian regime must know we will not be going away. We expect American officials, as well as officials around the world, to continue to press Iran to seek Bob’s return, and to ensure those Iranian officials involved are held accountable.”……………..The New York Times reported that “top national security officials” had concluded Levinson died in the last few years, but could not or would not say when. He would have turned 72 this month.

Levinson disappeared in March 2007 when he traveled to Kish Island, an Iranian resort isle in the Persian Gulf. He had once been an FBI agent, but after retiring, he became a consultant for the CIA.

It’s unclear what Levinson’s intent in visiting Kish Island was, but the CIA paid his family $2.5 million to keep it out of the courts – and the press – and convince them to drop a lawsuit against Tehran for Robert’s disappearance.

When asked about Levinson , US President Donald Trump said he was “very much involved in that. He was a great gentleman … but it’s not looking good … Robert Levinson, who was outstanding, was sick for a long time … we feel terribly for his family … I don’t accept it [that he’s dead] … I feel badly about it.” 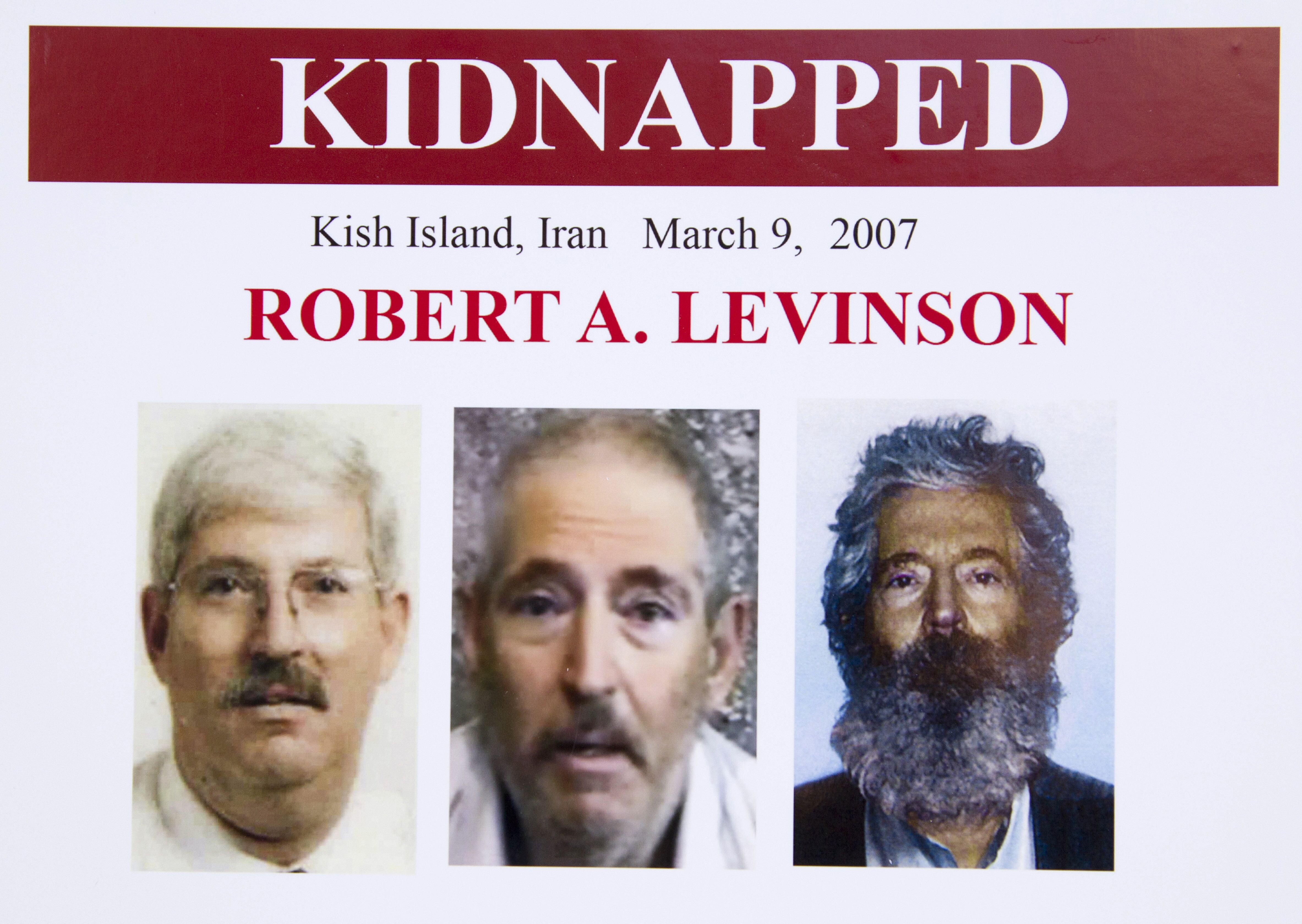 An FBI poster showing a composite image of former FBI agent Robert Levinson (R) of how he would look like now after five years in captivity, and an image (C) taken from the video released by his kidnappers, and a picture before he was kidnapped (L).

US National Security Adviser Robert O’Brien said Wednesday evening that Levinson “may have passed away some time ago,” and that “Iran must provide a complete accounting” of his fate: Officially, the Iranian government denies knowledge of Levinson’s whereabouts. Last November, Iran’s Revolutionary Court told the United Nations it had an “open case” on Levinson, with Foreign Ministry spokesman Abbas Mousavi telling journalists the American was listed as missing.

According to the Washington Post, Levinson’s apprehension was briefly acknowledged by Iranian news outlet Press TV shortly after his disappearance in 2007. In 2011, a photo purported to be of Levinson, sporting a long beard and wearing a prison jumpsuit, emerged, which his family has claimed is him. However, the source of the photo is unknown.

When the COVID-19 pandemic hit Iran last month, Tehran desperately pleaded for the US to drop its restrictive sanctions, which greatly frustrate the purchasing of necessary medical equipment, including masks and respirators, which can mean the difference between life and death for those hit hard by the respiratory disease. However, Washington has adamantly refused to bend, even introducing new sanctions against Iran’s oil industry, from which the government obtains most of its revenue.

As a consequence, while Iran has less than half the cases of COVID-19 the United States does, at roughly 27,000, it has suffered more than twice as many deaths as the US, with more than 2,000 people succumbing to the illness.

US Secretary of State Mike Pompeo told Tehran that medical aid might only be allowed in if it released captive Americans, including Levinson. Iran has pardoned 10,000 Iranian prisoners and released another 85,000on temporary leave in a bid to keep its prisons from becoming vectors for the disease.