#AceFinanceReport – Apr.08: The Mercedes Formula One team will begin delivery of up to 10,000 new breathing devices to the British National Health Service (NHS) this week to help fight coronavirus, the team announced on Tuesday: The Continuous Positive Airway Pressure (CPAP) devices will help patients with lung infections to breathe more easily when an oxygen mask alone is no longer sufficient:

The device was developed by a team of Mercedes engineers and University College London (UCL), as well as clinicians at UCL Hospital: After patient evaluations at UCL Hospital and other London area hospitals, the device received regulatory approval last week.

An order for up to 10,000 devices has been placed by the NHS. Mercedes’ facility in Brixworth, England — where the F1 engines are designed and developed — has been repurposed to meet that demand and is expected to produce 1,000 units per day: The new device was reverse-engineered from a previous model in less than 100 hours and received regulatory approval last week, a UCL statetment said. The revised design consumes 70% less oxygen than the earlier model. 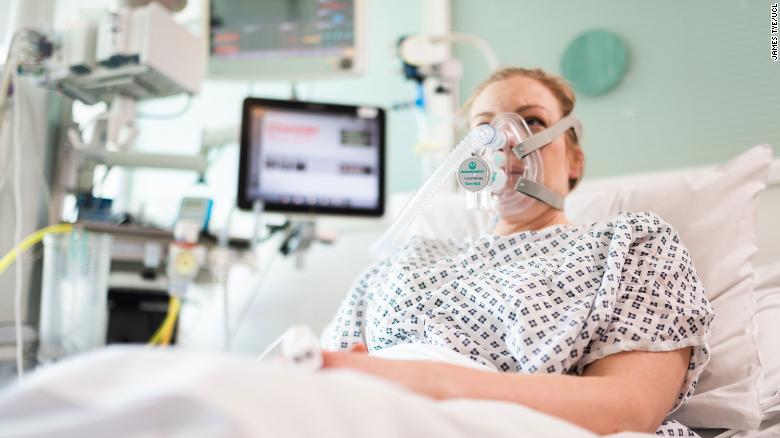 A volunteer ‘patient’ with the newly developed CPAP device

“It is a phenomenal achievement that they are arriving at hospitals only two weeks after the first prototype was built. It shows what can be done when universities, hospitals and industry work together for the national good.”

CPAP machines help to keep patients’ airways open and increase the amount of oxygen entering the lungs by pushing air and oxygen into the mouth and nose at a continuous rate. UK-based Formula One teams are also helping to produce thousands of ventilators desperately needed by the country’s National Health Service.
There are currently 51,608 confirmed cases of the coronavirus in the UK with 5,373 deaths, according to latest figures.

Mercedes is offering a rare bit of good news in an otherwise chaotic F1 season which is yet to officially start: Formula One also announced it has placed 50% of its staff into temporary furlough and CEO Chase Carey will take a significant voluntary salary cut as part of measures to reduce costs during the pandemic: The furloughing of staff will be in place for two months to the end of May and means employees will receive 80 percent of their salary through a financial rescue scheme introduced by the British government: F1 directors and executives have all voluntarily agreed to take a 20% pay cut.