#AceNewsReport – June.11: A school deputy head has been killed and children wounded in an apparent knife attack in northern Slovakia: The attacker, a 22-year-old man, was a former pupil who had broken into the school in the town of Vrutky………….Police said they had later shot dead the attacker and the situation was under control:

Among those taken to hospital with stab wounds were two children: The school is said to include a kindergarten, primary school and senior school: Police chief Gen Milan Lucansky described how the attacker broke a glass door to gain access to the school and then used a knife when confronted with the school’s deputy head:

The deputy was fatally wounded and the caretaker was also hurt. 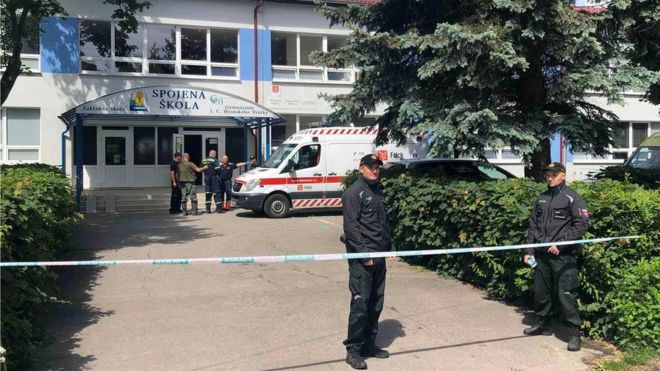 Facebook/Slovak policeThe suspect was eventually tackled by police and killed

‘ Gen Lucansky said the man then ran into the nearest classroom, seriously wounding a female teacher and injuring two children. The suspect tried to escape, pursued by the caretaker, he added ‘ 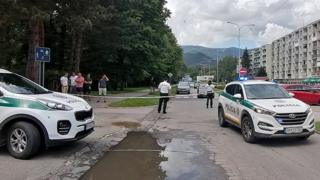 Facebook/Slovak policePolice cordoned off the area after the attack

A police patrol soon reached the scene and tried to arrest him. When he confronted them with a knife, they shot him, the police chief said. Two officers were wounded by gunfire: The female teacher and both children suffered stab wounds, according to police, and their condition is unclear. Some reports say one of the victims is fighting for their life.

The motive for the attack remains unclear….

All the victims were being treated in the local hospital in the nearby town of Martin.