#AceNewsReport – June.14: Greater Manchester Police had seen huge demand including a 60% surge in emergency calls from 17:00 BST on Saturday to 04:00 on Sunday: But thousands still flocked to Daisy Nook Country Park and Carrington in Greater Manchester late on Saturday………………..The man at the country park died of a suspected drug overdose and the stabbings and the attack on an 18-year-old woman took place in Carrington: 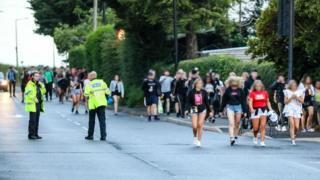 Police said the illegal raves have had tragic consequences………..Assistant Chief Constable Chris Sykes condemned them as a clear breach of coronavirus legislation, adding officers “were met with violence, resulting in items being thrown and a police car being vandalised” 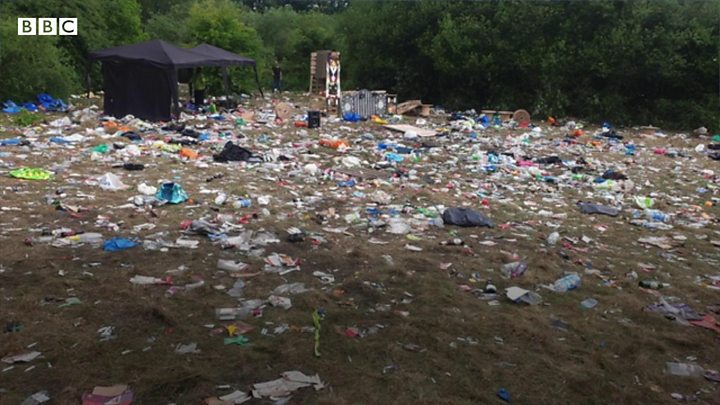 Volunteers have been clearing up a “sea of canisters” and other litter after two illegal raves.

Police said about 4,000 people were at the Daisy Nook rave in Failsworth, Oldham, where there were no reported crimes: There were, however, three separate stabbings at the Carrington site – one of which left an 18-year-old man with life-threatening injuries…………Police were able to find the man and give him first aid before paramedics arrived.

Two other men, aged 25 and 26, were hurt in separate stabbings and a 25-year-old man was arrested on suspicion of possession of an offensive weapon: “We are also investigating the rape of an 18-year-old woman… and we have specialist officers supporting her and her family,” police said.

Streams of young people were seen on their way to an area just off Common Lane in Carrington on Saturday evening: There was a large police presence at both sites……………..Images and footage were also shared on social media showing densely-packed crowds of people dancing and singing at the outdoor raves……….A large sign reading “Quarantine Rave” can be seen in background of one video.

Anyone with footage that could help with inquiries has been asked to contact police: Sacha Lord, who is the night-time economy adviser for the region, said those that had attended had put themselves and those they loved at risk………………..Mr Lord tweeted: “I’ve seen some of the footage. You aren’t clubbers. Just selfish idiots.”

The MP for Ashton-Under-Lyne, Angela Rayner, said she had joined Oldham Street Angels at the Daisy Nook site during the rave: The group offers support and pastoral care to partygoers and others that need it during the night-time…………..Ms Rayner tweeted that she had “just finished my shift at Street Angels in Oldham” and had been “dealing with the illegal rave at Daisy Nook liaising with the police”.

The region’s deputy mayor for policing and crime, Bev Hughes, said the events industry had agreed “to blacklist any supplier who is involved with illegal raves” She said “those reckless individuals” have “put a needless demand on vital police time,” and “themselves and their communities in real danger”…………..But she praised communities helping clean up, saying: “We have seen the real Greater Manchester this morning.”

ACC Sykes said the gatherings were carefully monitored but “we needed to balance the present public health emergency and our overall demand with ongoing incidents” during the pandemic: