#AceNewsReport – June.29: The family of a man shot dead by police following multiple stabbings in Glasgow say they are shocked and saddened by what happened: Suspect Badreddin Abadlla Adam, who was 28 and from Sudan, was named by police following the incident on Friday 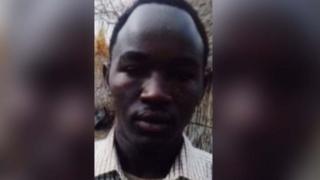 Almadi, who is a member of Glasgow’s Sudanese community, spoke to the BBC on condition of anonymity: He said Mr Adam’s mental state had deteriorated recently and his family were sorry about the people stabbed……………Mr Adam was shot and killed by specialist officers after six people, including a police officer, were stabbed at the Park Inn Hotel in Glasgow’s West George Street………….The 28-year-old was staying in the 91-room hotel, along with about 100 other asylum seekers, after being moved there during the coronavirus pandemic…………Almadi said Mr Adam had spent a month isolated in his room due to symptoms of #Covid19 …………..He told the BBC: “Actually he was suffering from a lot of mental health problems………..”He was mentally ill and actually his mental health deteriorated very badly when he stayed in the Park Inn.”…………Almadi said Mr Adam’s family were shocked at Friday’s events in Glasgow…………He added: “They are very shocked and very sad and they feel very sorry about these people who are stabbed and for their families as well.”

PC David Whyte, who is 42, was stabbed and critically injured as he responded to the incident: In a statement from his hospital bed, he said the scene of the stabbing was “something I will never forget“.

Police said the other five casualties, including three asylum seekers and two members of hotel staff, also remained in hospital – one of them in a critical condition: The injured males are aged 17, 18, 20, 38 and 53.

PC Whyte’s wife Carol took to social media to pay tribute to her husband, posting an image of a thin blue line, with the words: “Because he’s mine, I hold the line”……………..The Thin Blue Line is an emblem used to support those in the police service.

However, it has raised questions about the treatment of asylum seekers, with charities and MPs questioning the decision to place people in hotels during the pandemic………………..The Scottish Communities Secretary, Aileen Campbell, has said she is seeking talks with the Home Office this week on the issue:

Glasgow stabbings: Concerns over asylum hotel plan ahead of incident back in 2019:

The mass stabbings in a Glasgow hotel have once again brought the treatment of asylum seekers into focus: Charities and MPs have raised concerns over living conditions in city centre hotels, where asylum seekers were moved when lockdown was imposed……………On Friday, six people were injured and the suspect shot dead during the incident at the Park Inn Hotel…………Of the injured, three were asylum seekers, two were hotel staff and one was a police officer.

The Scottish government has told the Home Office it expects a “thorough investigation” into the treatment of asylum seekers in Glasgow during the coronavirus lockdown, after a Sudanese man stabbed six people including a police officer at a city centre hotel before being shot dead by police: The warning came as outreach agencies demanded immediate practical support for those asylum seekers worst affected by Friday’s events, and after claims emerged that staff at the Park Inn hotel were told of concerns about 28-year-old Badreddin Abedlla Adam’s mental health the night before he carried out his attack.

On Sunday, local charities appealed for food, phones and phone chargers, as well as men’s and women’s clothing for distressed Park Inn residents who were moved late on Friday night to another hotel but have been unable to access their possessions since because the building remains a crime scene: A Home Office spokesperson said: “Throughout this pandemic, we have prioritised providing asylum seekers who would otherwise be destitute with free and safe accommodation that enables public health guidance to be followed. They have access to healthcare and all of their essential living needs and costs are met.”

The Park Inn was one of six hotels in Glasgow where an estimated 380 asylum seekers were moved en masse from their individual accommodation by the private housing provider Mears at the start of the lockdown, and is thought to have been the only one to house women.