#AceNewsReport – July.08: Pastor Logan Wesley III, who founded the Trinity Temple Church of God in Christ of Texarkana, Arkansas, in 1997, was sentenced Thursday after a Texas county court heard the testimonies of five women who claimed the pastor sexually assaulted them as minors: Wesley denied the allegations but the jury returned a guilty verdict on 16 counts. According to court records, charges Wesley faced included sexual assault of a child, aggravated sexual assault of a child, and indecency with a child: 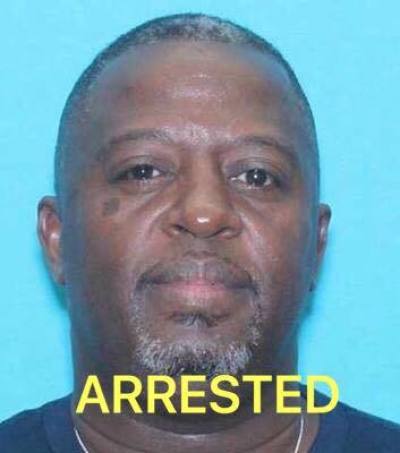 Pastor Logan Wesley III, who founded the Trinity Temple Church of God in Christ of Texarkana in 1997, was arrested by Texarkana Police in November 2019. | Texarkana Texas Police Department

According to the Arkansas Democrat-Gazette, the accusers (now in their 30s and 40s) claimed in court last week that Wesley used his position as pastor of the church to abuse them when they were as young as 13, 9, and 4:

One of the accusers, who is a relative of Wesley, testified that she went to live with Wesley and his wife when she was 13 and he was in his 30s: The relative claimed Wesley would enter her bedroom at night and that he sexually assaulted her until she was about 20. She also accused Wesley of beating her when she spoke of the abuse in front of his wife: According to an earlier report from the Arkansas Democrat-Gazette, the relative and another witness testified that Wesley not only gave her a black eye but later alleged in front of the congregation that her black eye was a result of her attacking him: Another victim claims she was abused by Wesley from the ages of 9 to 12. She explained that Wesley no longer had an interest in her after a father figure in her life made a phone call to Wesley: A fourth woman, 43, claimed in her testimony that she was molested by Wesley when she was just 4 years old and he was a teenager in another legal jurisdiction, according to the newspaper: A fifth accuser, who is 31, claimed that she was 17 when Wesley served as her pastor and began making sexual advances toward her. The woman claimed that Wesley even paid for her to have an abortion in Louisiana. She also said the pastor continued pursuing her even after she was married:

The Christian Post called Trinity Temple Church of God in Christ for comment on Wesley’s sentencing and the allegations he used his position as the church pastor to prey on girls: But the phone line for the church is no longer in service.

When questioned in court, Wesley reportedly denied that he ever touched the girls and accused them of being liars, according to the Arkansas-Democrat, which reports that Wesley also claimed that a recorded phone conversation of him admitting to the abuse had been “spliced” and “edited.” “During his testimony, Logan Wesley denied sexually assaulting any of the five women who testified he raped them as minors,” First Assistant District Attorney Kelley Crisp was quoted as saying. “Despite all of the evidence presented against him, Wesley continued to demonstrate extraordinary denial, which did not serve him well with the jury.”…………..In addition to the life sentences, Wesley was also fined $30,000.

Allegations against the pastor came to light last year and was arrested in November, according to the Texarkana Police Department: “During the course of the investigation, Detective Tabitha Smith learned that the sexual abuse started when the girl was only 12 years old and continued on a regular basis for several years,” the police department said in a statement at the time: