#AceNewsReport – July.11: Police responded to reports of a shooting and siege at the church at 3 a.m. (9 p.m. ET) A group of armed people came into the church and allegedly attacked people inside indicating “they were coming to take over the premises,” a police statement said: Police added they are investigating the possibility the attack may have been motivated by an internal feud between conflicting parties of the church: 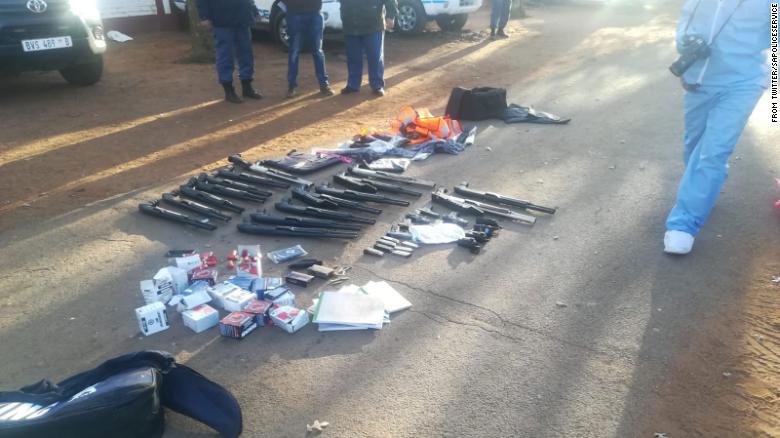 An image posted to Twitter by South African police shows firearms seized in the operation on Saturday.

A statement said that five ﻿people have been killed and six hospitalised after gunmen took hostages at a church in South Africa on Saturday, police said: It was unclear how many hostages were in the church at the time, but all have been freed, according to the South African Police Service: They have arrested 40 suspects in relation to the attack at the International Pentecostal Holiness Church in Zuurbekom, northwest of Pretoria:

Of those who died, four were found shot and burned in a car and the fifth, a security guard, was also shot in his car while responding to the incident: Police officers were among those hospitalized with injuries: More than 34 firearms, including rifles, short guns and pistols, were seized by police: “I am certain that the speedy response by the joint security forces has averted what could have been a more severe blood bath,” said National Commissioner of Police General Khela John Sitole in a statement: “It is rather unfortunate that such an incident takes place during a time when South Africa is being plagued by a deadly virus and violent crimes,” Sitole added.