#AceNewsReport – Aug.16: Two men given the death penalty for killing two British backpackers in Thailand have had their sentences commuted to life imprisonment: The bodies of David Miller, 24, from Jersey, and Hannah Witheridge, 23, from Norfolk, were found on a beach on the Thai island of Koh Tao in 2014:

Thai king commutes death sentence of ‘ two Burmese Nationals as ‘ act of clemency ‘ for ‘ rape and murder ‘ of two U.K. backpackers in 2014 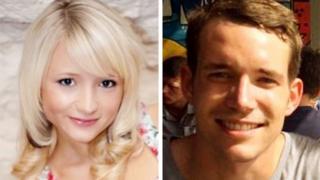 Burmese nationals Zaw Lin and Wai Phyo were convicted in a Thai court and sentenced to death in December 2015……..Lin and Phyo will serve life sentences instead following a royal decree:

Ms Witheridge, a University of Essex student from Hemsby in Norfolk, and Mr Miller, a civil and structural engineering graduate, from Jersey, were bludgeoned to death: A post-mortem examination showed Ms Witheridge had been raped: Lin and Phyo (also known as Win Zaw Htun) were sentenced to death for the murder of Mr Miller and the murder and rape of Ms Witheridge.

The two men were convicted and sentenced in 2015 and the verdict was upheld by an appeals court in 2017 and the Supreme Court in August 2019…………The convictions were mired in controversy, with supporters of the two men arguing they had been framed because their initial confessions were made under duress.

A royal decree said the sentences had been reviewed to commemorate King Vajiralongkorn’s birthday on 28 July and to “illustrate the king’s clemency” It is unclear how many prisoners were eligible for any pardons or reduction of sentences under the different criteria listed in the decree: