#AceNewsReport – Sept.19: Two people have been confirmed dead and another is missing after a hurricane-like storm swept across Greece: Hundreds of people were trapped in flooded buildings as Cyclone Ianos, known as a “medicane” (Mediterranean hurricane), battered areas north of Athens: Prime Minister Kyriakos Mitsotakis has sent three senior officials to the worst-hit central region: Train services linking the north and south of the country have been cut: 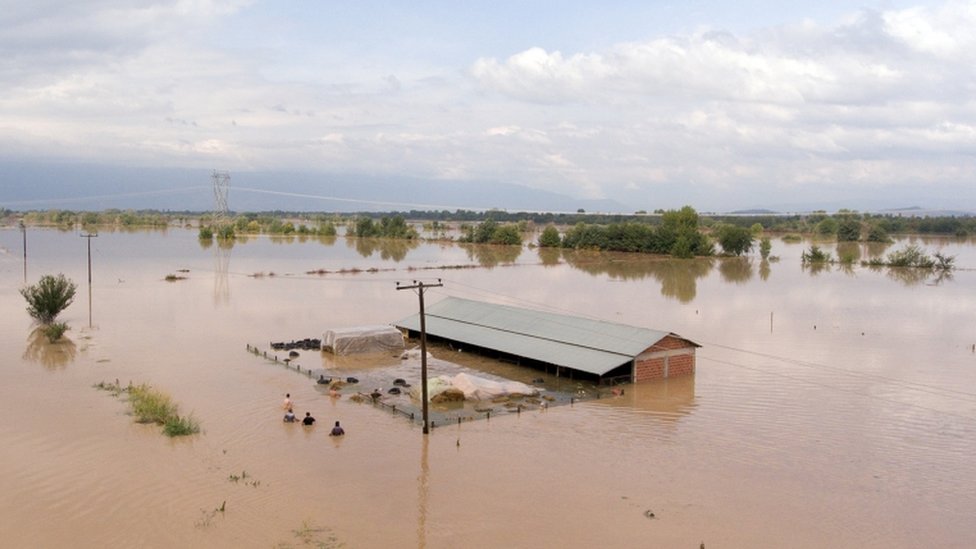 Footage on social media showed huge waves lashing the beaches on the Ionian islands of Kefalonia and Zakynthos on Friday as the storm headed in: Flights and ferry services were cancelled and tourists were advised to stay indoors: As Ianos churned eastwards overnight, the city of Karditsa north of Athens was lashed by winds of up to 120km/h (75mph) that brought down trees and power lines and triggered landslides: TV images showed Karditsa badly flooded, with a bridge collapsed: “We’re dealing with a total catastrophe,” said Nikolaos Gousios, a resident of nearby Farsala village:

A man was found dead on his farm in the Karditsa area while the body of a woman was recovered from her flooded home in a nearby town, local media reported: Another woman was swept away in her car and has not yet been found, firefighters said:

A search is also taking place for a boat believed to be carrying 55 migrants off the western Peloponnese that was reported to be in distress on Friday: However, the Greek coast guard told AFP news agency that the boat may have changed course after receiving no help:

On Saturday, the cyclone was bearing down on the greater Athens region but there were no reports of damage so far, Reuters reported: Medicanes – tropical-like cyclones – have only been categorised by meteorologists in the past 40 years, according to Kostas Lagouvardos, an expert at the Athens Observatory: