#AceNewsReport – Oct.05: A battle for the control of more than $1.8-billion worth of Venezuelan gold stored at the Bank of England has swung in favour of the government of Nicolás Maduro after an appeals court in London overturned an earlier high court ruling concerning whom the UK recognised as Venezuela’s president: 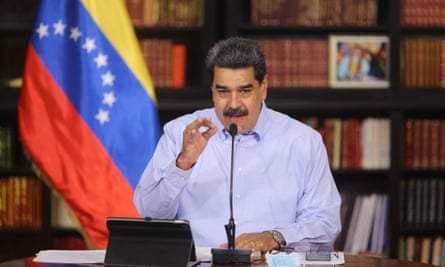 Nicolás Maduro during a press conference in Caracas, Venezuela, on Sunday. Photograph: EPA

The court of appeal granted an appeal by the Banco Central de Venezuela (BCV) and set aside July’s high court judgment, which had found that Britain’s recognition of the opposition leader Juan Guaidó as the “constitutional interim president of Venezuela” meant the gold could not be released for the Maduro-backing bank:

The Bank of England, claiming to act independently of the Foreign Office, had refused to release the gold: It cited a British government decision in early 2019 to join dozens of nations in backing Guaidó on the basis that Maduro’s election victory the previous year was rigged: A British commercial court will now be required to re-examine the issue: