#AceNewsReport – Oct.14: The Coast Guard Cutter Winslow Griesser (WPC-1116) repatriated 45 of 48 migrants to the Dominican Republic Sunday afternoon, following the interdiction of three illegal voyages in the Mona Passage near Puerto Rico: Two of the interdicted migrants remain in Puerto Rico to face possible federal prosecution on charges of attempted illegal re-entry into the United States: One other female migrant is receiving medical care at a local hospital in Puerto Rico: The interdictions are the result of ongoing multiagency efforts in support of Operation Caribbean Guard and the Caribbean Border Interagency Group (CBIG)

Coast Guard repatriates 45 of 48 migrants to the Dominican Republic, following interdiction of 3 illegal voyages in the Mona Passage

Coast Guard repatriates 45 of 48 migrants to the Dominican Republic, following interdiction of 3 illegal voyages in the Mona Passage

“The close collaboration, coordination and capabilities of the Coast Guard units and of our local and federal law enforcement partners who responded to these cases helped save the lives of all 48 migrants and safeguard the nation’s southernmost maritime border,” said Lt. Joel Wyman, cutter Winslow Griesser commanding officer: “These illegal voyages greatly endanger the lives of the migrants, since for the most part, these makeshift vessels are grossly overloaded, unseaworthy and are continuously are taking on water, which could cause them to sink or capsize with little or no warning.”

Once on scene, the Coast Guard and Puerto Rico Police marine units interdicted the 25-foot makeshift boat: The crew of the cutter Winslow Griesser safely embarked the 38 migrants, 31 men and seven women, all of whom claimed Dominican Republic nationality:

The second interdiction occurred Friday afternoon, after the crew of a U.S. Customs and Border Protection maritime patrol aircraft detected an illegal voyage, approximately 58 nautical miles northwest of Desecheo Island, Puerto Rico: Coast Guard watchstanders diverted the Coast Guard Cutter Charles David Jr. (WPC-1107), which interdicted the 18-foot makeshift boat with the assistance of the cutter’s small boat. The cutter crew safely embarked seven migrants, five men and two women, all of whom claimed Dominican Republic nationality. A female migrant in this group who experienced deteriorating health complications while aboard the migrant vessel, was med-evaced to a local hospital.

After embarking all migrants, the crew conducted biometrics processing for the group, which revealed the criminal and immigration history for the two migrants, who are facing federal prosecution. U.S. Border Patrol agents received custody of both migrants in Mayaguez, Puerto Rico: 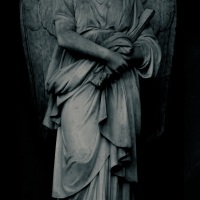