#AceNewsReport – Oct.17: CNN reported that the transatlantic car carrier is being designed by Wallenius Marine, a Swedish shipbuilder, with support from the Swedish government and several research institutions: With capacity for 7,000 vehicles, the 650 foot-long vessel is a similar size to conventional car carriers, but it will look radically different: The ship’s hull is topped by five telescopic “wing sails,” each 260 feet tall: Capable of rotating 360 degrees without touching each other, the sails can be retracted to 195 feet in order to clear bridges or withstand rough weather: CNN.Com/ 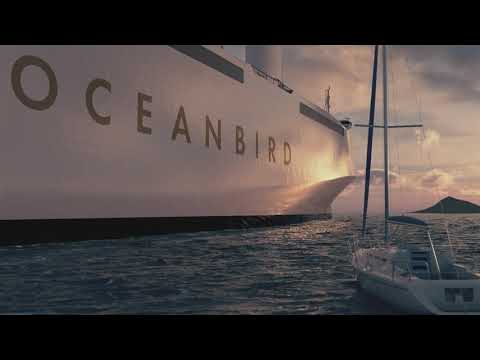 The sails, which will be made of steel and composite materials, need to be this size to generate enough propulsive power for the 35,000-ton ship: Although “the general principles of solid wing sails is not new,” designing the Oceanbird’s sails has been a challenge, says Mikael Razola, a naval architect and research project manager for Oceanbird at Wallenius Marine. That’s because these are the tallest ship sails that have ever been constructed. “This ship, at the top of the mast, will be more than 100 meters (328 feet) above the water surface,” says Razola. “When you move up into the sky that much, wind direction and velocity change quite a lot.” Oceanbird has a projected top speed of about 10 knots and will take around 12 days to cross the Atlantic. While that’s considerably slower than standard car carriers, which can travel at 17 knots, the Oceanbird will emit 90% less CO2 than conventional car carriers.