#AceHealthReport – Oct.18: The governor of the south-western Campania region didn’t mince his words as he lashed out at those defying social distancing rules to enjoy nightlife, and vowed to stop Halloween celebrations he called “American stupidity.”

Vincenzo de Luca said he plans to “close everything at 22:00” and impose a curfew from the last day of October – supposedly to prevent “uncivilized” Italians from throwing Halloween parties right in the middle of the Covid-19 epidemic: And the official did not hide the fact he thinks nothing of the occasion itself. “Halloween weekend is … immense idiocy, immense American stupidity that has been imported to our country,” De Luca, 71, raged, in a video address he published on an official Facebook page, declaring his animosity about what he called “a monument to imbecility.”

Making clear his disgust that preparations for the celebrations had begun as early as October 10, the governor vowed to impose a curfew on October 31 and limit Campanians’ movements after midnight for several days after that as well. He also said he plans to coordinate these “strict controls and sanctions” with the interior ministry and the police:

De Luca’s angry outburst appears to have been caused by how tired he’d evidently become of calling on his fellow citizens to stop defiantly violating social distancing rules: ” We have some irresponsible people who still do not understand the most elementary things,” he said, referring to the need to wear masks and sanitize one’s hands. He added that anyone breaking such rules should be considered an offender under the law.

And it seems Halloween was not the only occasion that had provoked the governor’s fury: In his latest video statement, De Luca announced that he had banned all religious ceremonies, including weddings, communions, confirmations, and funerals involving processions: 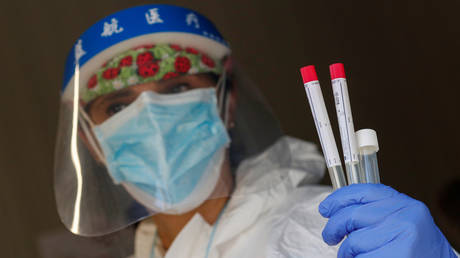 Feelings in Campania, the region in which the city of Naples is located, are certainly running high. More than 1,200 residents contracted the novel coronavirus in just one 24-hour period at the end of last week, De Luca announced on Friday, adding that the time for “tolerance” had passed:

The drastic measures the governor has taken to stem the spread of the disease have often met with resistance by the public: His previous decision to close all schools, kindergartens, and nurseries until at least October 30 sparked protests from parents and school bus drivers alike. The uproar eventually forced De Luca to reopen kindergartens and nurseries on Friday: