#AceHealthReport – Oct.22: The Korean Medical Association has called on the country’s government to halt its plan to inoculate millions of citizens after more than a dozen people died after receiving flu shots: The vaccine initiative, billed as a strategy to potentially offset complications from Covid-19, aims to provide free flu jabs to 19 million people. But the ambitious undertaking has come under fire after 13 people died, including a 17-year-old boy and a man in his 70s, after participating in the program: The vaccination drive was suspended for three weeks after it was revealed that around five million doses, which require refrigeration, had been stored at room temperature while being transpired to a medical facility: The program resumed on October 13: None of the people who died received the recalled doses: During a press conference on Thursday, Choi Dae-zip, president of the Korean Medical Association, requested that the flu shot campaign be put on hold until safety concerns about the vaccine could be properly addressed:

Korean health authorities claim that they have found no direct links between the reported deaths and the flu shot:

“The number of deaths has increased, but our team sees low possibility that the deaths resulted from the shots,” Jeong Eun-kyeong, director of the Korea Disease Control and Prevention Agency, said while addressing parliament. Health Minister Park Neung-hoo acknowledged that people were “concerned” about the vaccine but said that the program would continue.

A preliminary investigation into six of the deaths found no direct link to the jab they received: Since the program was resumed, 8.3 million Koreans have received flu shots, with about 350 negative reactions to the jab reported, according to health officials.

Vaccine safety has become a hot button issue as governments and pharmaceutical companies rush to develop an effective coronavirus jab. Brazil’s National Health Surveillance Agency said on Wednesday that a volunteer who was participating in the Oxford University trials of the AstraZeneca vaccine had died of complications from Covid-19. However, the individual may have been part of a control group taking a placebo 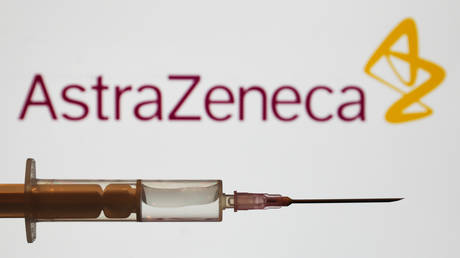