#AceNewsReport – Oct.29: A man has been arrested near the Saint-Martin church in Sartrouville in possession of a knife, amid earlier attacks and incidents across France on Thursday: A security cordon has been established in the area while investigations are carried out: The man was arrested at approximately 1pm local time, according to French media, who also claim the man intended to carry out a copycat attack similar to the one which took place in Nice on Thursday morning in which at least three people were killed: The would-be attacker’s father reportedly raised the alarm with police, who scrambled to the church and quickly arrested him: The news comes amid a slew of incidents across France in the wake of the Nice attack, including a police shooting in Avignon, the evacuation of a train station in Toulon and the arrest of a man in possession of a 30cm knife near a train station in Lyon: 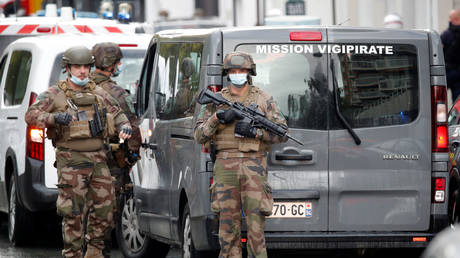