#AceNewsReport – Nov.07: Tensions are running high outside of the Maricopa County Elections office in Phoenix, Ariz., where more than one hundred protestors have demonstrated for the last three nights to argue about the electoral process after former Vice President Joe Biden became the front-runner in the traditionally red state: New York-based photographer Sinna Nasseri has spent most of this year on a road trip across America documenting the fraught political landscape, West Coast wildfires and life amid COVID-19 lockdown……………….In Trump’s presidential race run on conflicting words and disinformation, photographs provide another layer of evidence to process—visual proof sliced out of the landscape that focuses your attention on particular moments, fractions of seconds. In Nasseri’s images, the confusion of 2020 is frozen using a flash, framing some of the most extreme points in the fight with the most fringe members of Trump’s base gasping in the final round. 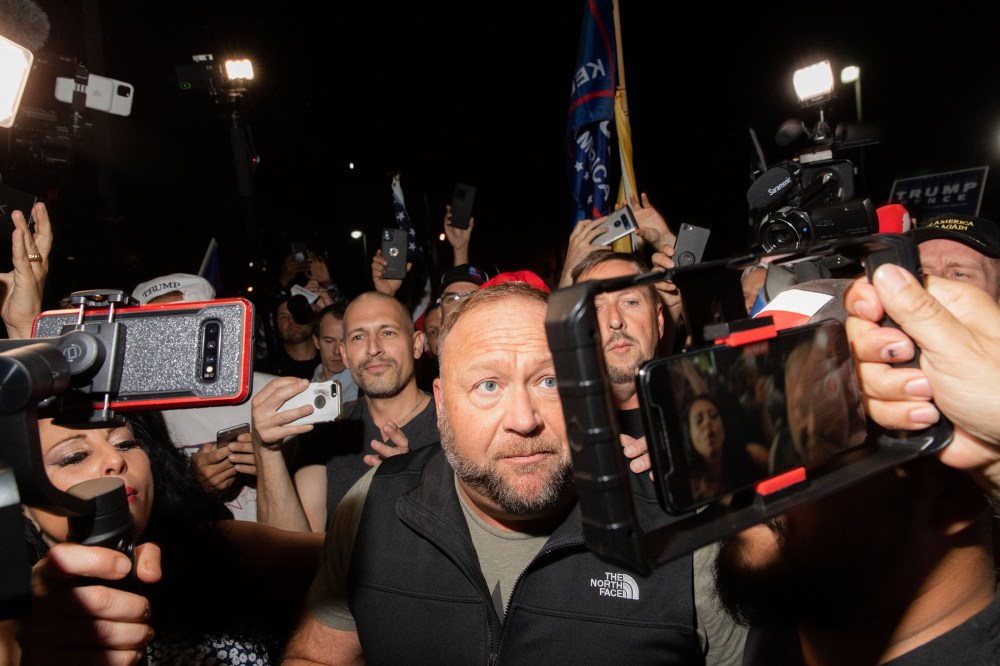 Through his lens, supporters of President Donald Trump wrap themselves in flags and hold signs about QAnon, (a conspiracy which promotes Trump as the final defense against a “deep state” cabal of Democrats and Hollywood elite who traffic, rape, and cannibalize children); Boogaloo Boys in Hawaiian shirts strut with AR-15 rifles; and media spinsters Alex Jones and Mike Cernovich add to the chaos.

In the contest for what Biden has called “The Soul of America,” the former Vice President has tried to be clear about where he stands on race, saying he decided to enter the 2020 race when Trump failed to denounce white supremacists after the Charlottesville violence in 2017.

Nasseri has captured these moments in a turbulent year when racial justice has been at the forefront of the news, since the brutal murder of George Floyd. These protest performances seem ready-made for cameras and social media, and hint at the darkness, danger and divisions. In one particular frame, a man cradling a baby walks past a man in a militia t-shirt carrying some of the most charged symbols used by white supremacists in 2017: a tiki torch and a pitchfork. 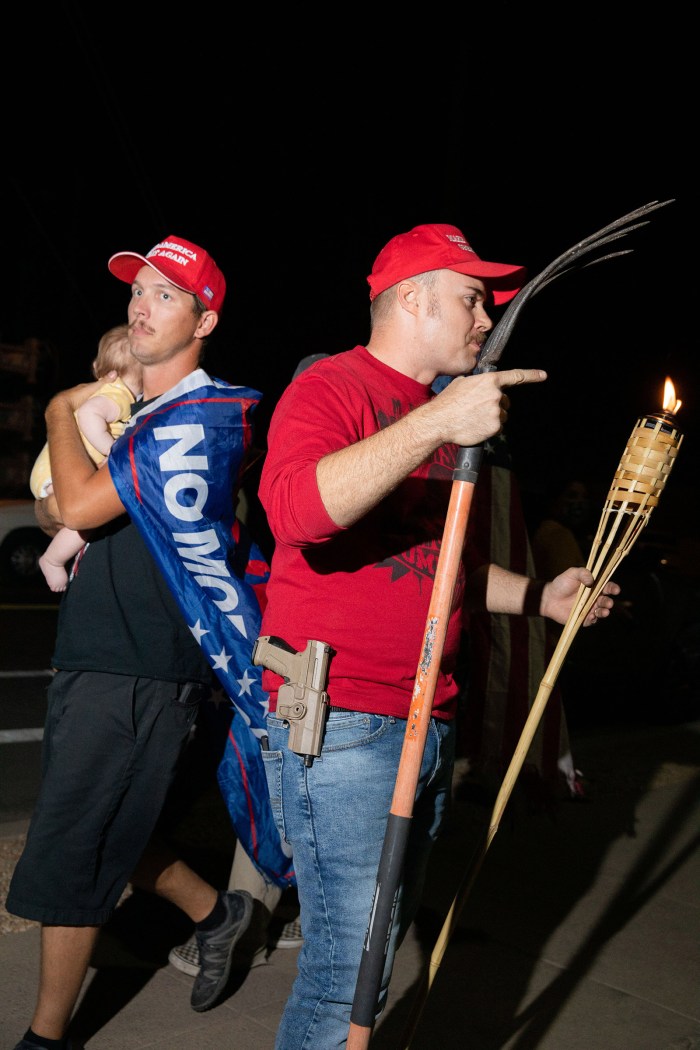 Protests after the Nov. 3 election have been limited in scope; the demonstrations in Maricopa have been some of the most protracted. It remains unclear, as the race gets closer to its conclusion, whether the President or his supporters will accept the results if Biden is declared the winner. “No news outlet should stand by a called race in Arizona,” said Tim Murtaugh, director of communications for the Trump campaign, on Twitter. “This thing isn’t over.”

“The hard core supporters here don’t seem like they’re going anywhere,” says Nasseri. “They’re distrustful of the legitimacy of the process, and I don’t see them accepting the results.” 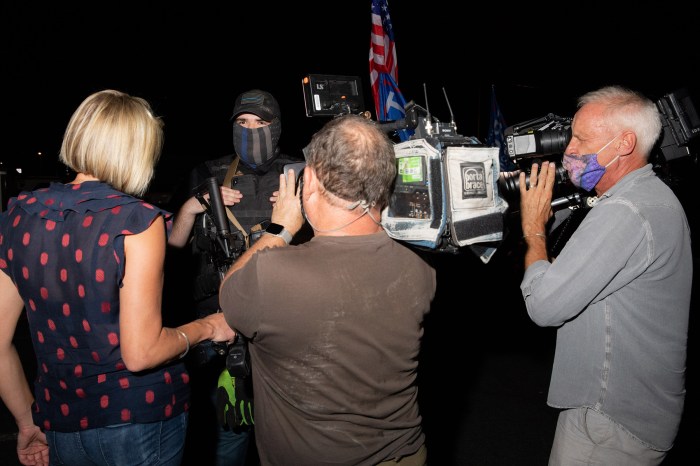 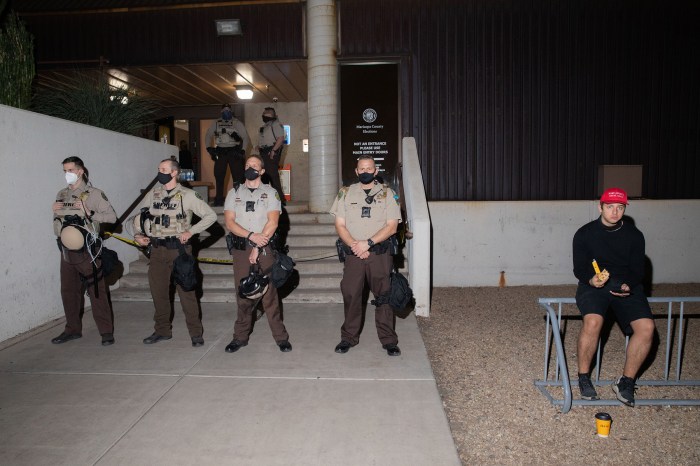 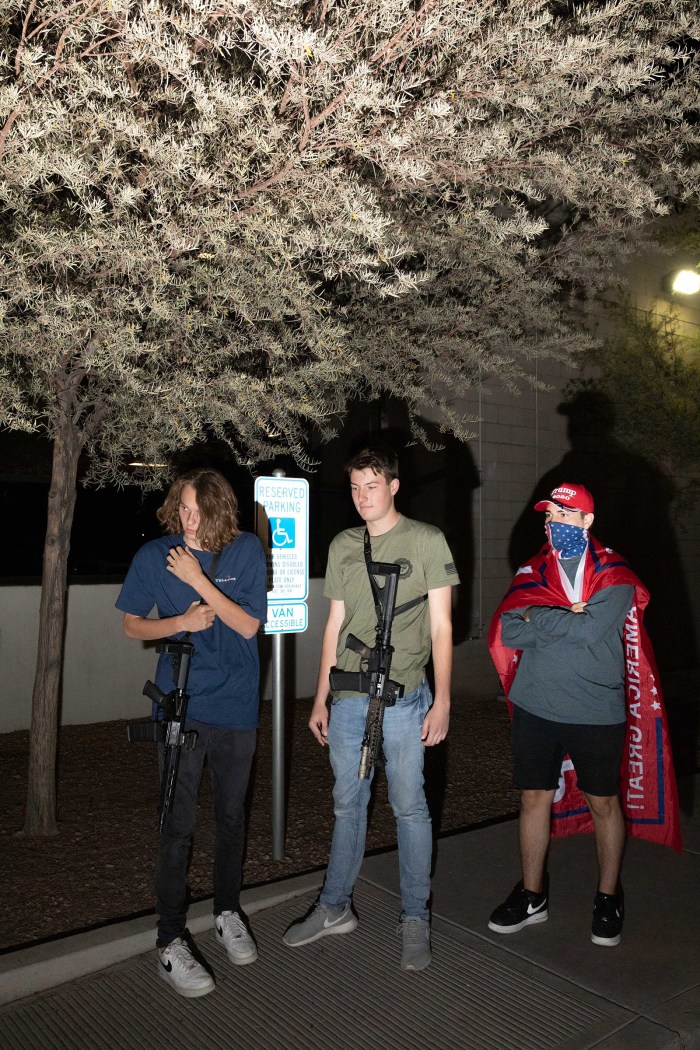 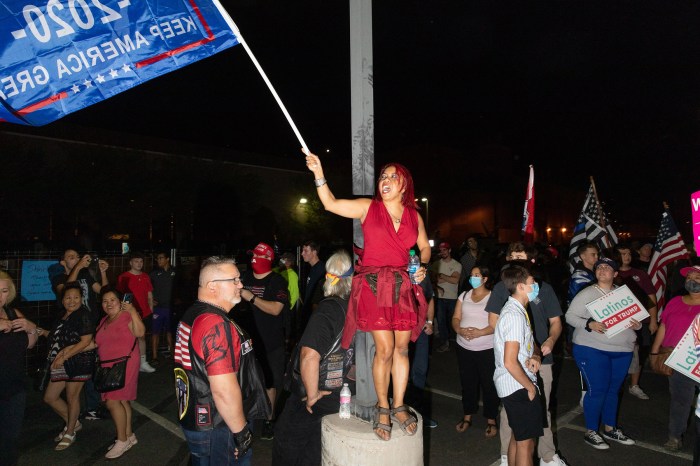 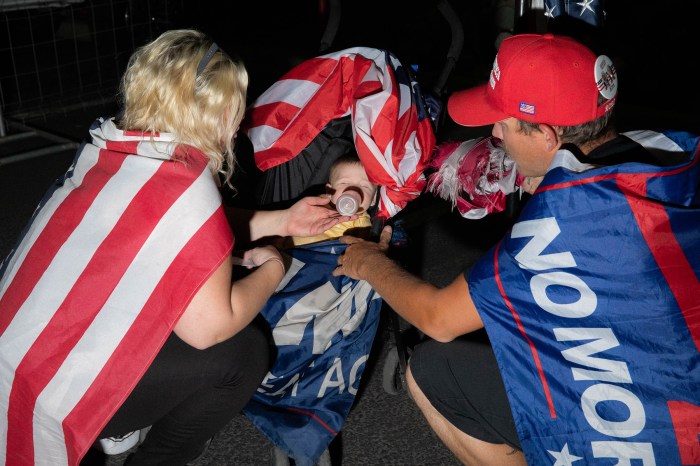 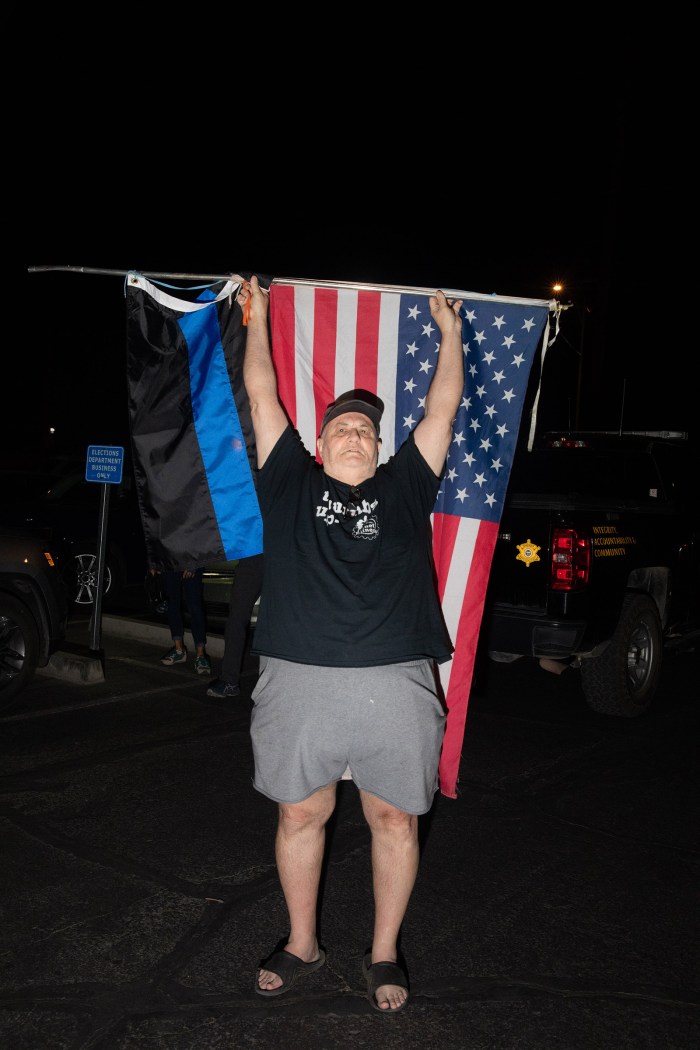 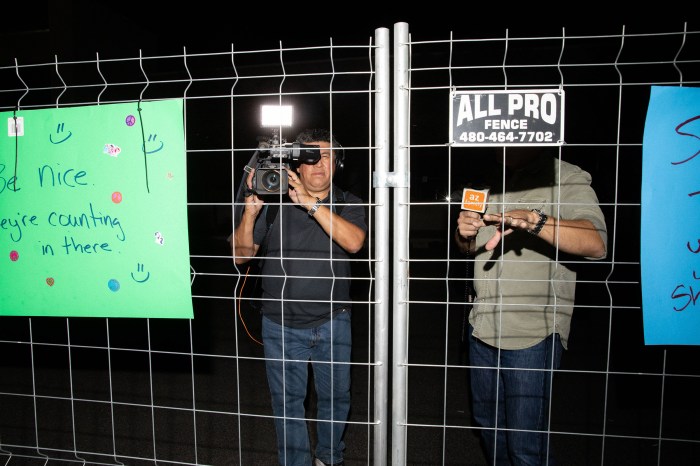 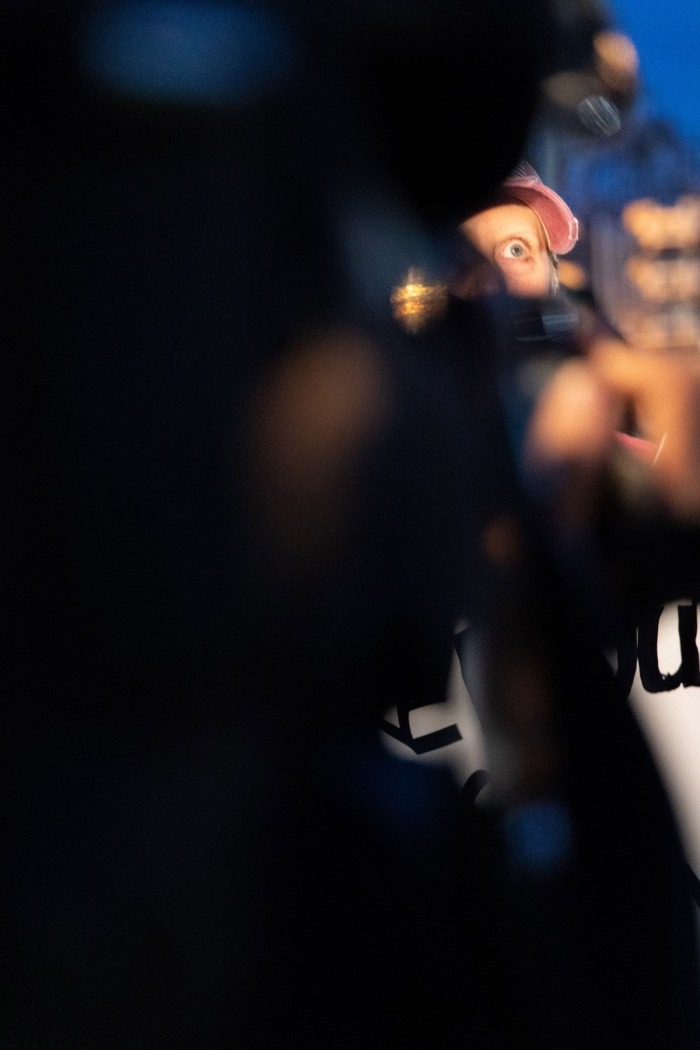 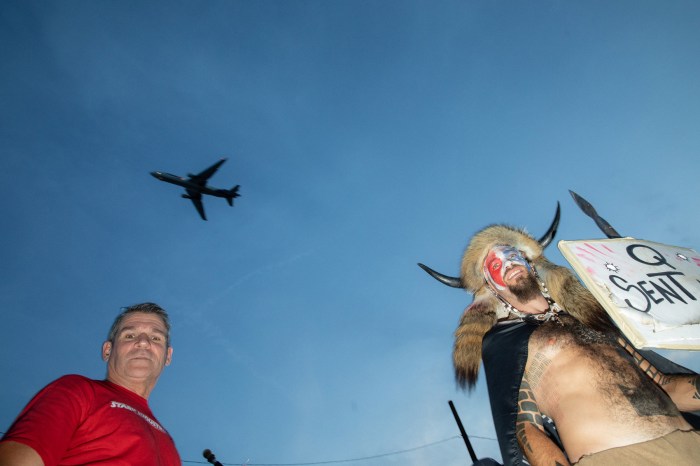