#AceHealthReport – Nov.12: The company seeks to launch its third and final vaccine trial phase “as soon as possible,” Haas told journalists during an online media conference: The study is expected to involve 36,000 participants and be completed in about three months: If things go smooth, CureVac plans to file for its vaccine candidate emergency approval with the European Medicines Agency as early as in the first quarter of 2021. Final approval is then expected in the third quarter of 2021. Haas also believes his company will be able to produce between 300 and 400 million doses of the vaccine next year: 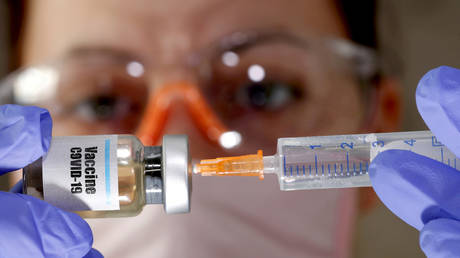 The vaccine candidate designated CVnCoV is currently undergoing the second phase of the clinical trials. On Tuesday, CureVac announced what it called the successful results of the first phase tests. “The quality of the immune response corresponds to the immune response observed in recovered COVID-19 patients and is comparable to a natural COVID-19 infection,” it said in a press release: The company also said that its vaccine candidate could remain stable and “meets defined specifications” for three months when stored at a standard refrigerator temperature of plus five degrees Celsius (41 degrees Fahrenheit). The data cited by the CureVac also indicate that the jab could be used within 24 hours when stored at room temperature.

“We are very confident that the stability profile of our COVID-19 vaccine candidate is consistent with standard refrigerator storage and can be administered as required at room temperature,” CureVac’s chief production officer said. “This should facilitate decentralized storage of the vaccine and support broad vaccination efforts during the ongoing pandemic.” 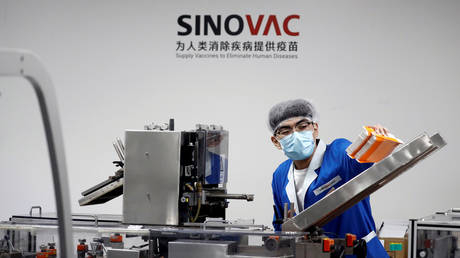 Such properties could give the German vaccine an edge over the jab developed by Pfizer and BioNTech: On Monday, Pfizer said its vaccine candidate demonstrated some 90 percent effectiveness, citing its phase 3 trial results. Yet, its jab needs to be stored at minus 70 degrees Celsius (minus 94 degrees Fahrenheit) or below to stay effective, which is equivalent to some of the coldest natural conditions on Earth — like winter in Antarctic or some parts of Siberia:

Russia’s Sputnik V vaccine, which has demonstrated 92 percent efficiency, according to its developers, can be stored at a temperature of minus 18 degrees Celsius (minus 0.4 degrees Fahrenheit).…..

CureVac is one of the German vaccine developers that get financial support from Berlin as part of a €750 million ($884.5 million) program: It is currently in talks with EU authorities about a vaccine supply contract. The European Commission has so far finished “explanatory” talks with the company among other vaccine developers to secure hundreds of millions of doses: